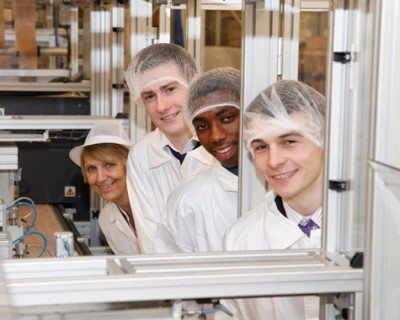 More than half a million people started an apprenticeship in the past year, with strong growth at advanced and higher levels, according to new figures released on Thursday.

The Government said the increase of almost 50,000 apprentice jobs compared with the 2010/11 academic year was a “momentous” achievement, reports The Telegraph.

However, Barnado’s assistant director of policy Jonathan Rallings said it was “completely unacceptable” that over half of the apprenticeship placements – 55pc – were taken up by over-25s.

More than one in five young people in the UK is out of work and in desperate need of jobs, he said.

“The rise in apprenticeship figures appears encouraging but it is completely unacceptable that only 55pc go to young people under the age of 25.

“Quality opportunities to work and to learn should be available to all young people but especially the most disadvantaged who do not qualify for apprenticeships and who need help to enter the toughest labour market since the 1980’s.

“Partnerships like the one between Barnardo’s and KFC, which offer work placements to the UK’s most vulnerable, need to be encouraged by the government to become widespread, so that as many young people as possible have the opportunity to climb the social mobility ladder.”

Other industry experts were also cautious over the rise in apprenticeship numbers. Tess Lanning, senior research fellow at the IPPR think tank, said: “The increase in apprenticeships is very welcome, but much of that growth has come from over 25s, rather than in places for young people.

“Over 25s now take 44pc of all apprenticeships. What’s more, workplace skills training for adults has fallen by 275,400 places, suggesting that employers have simply shifted their workers on to apprenticeships in order to continue getting government funding.”
The coalition Government scrapped the Labour Train to Gain programme last year to stop employers awarding existing staff with “dead weight” certificates, but experts fear the practice is returning.

Shadow skills minister Gordon Marsden said the statistics showed a drop in the number of 16-18 year olds starting an apprenticeship over the last year, suggesting the Government has “failed to properly engage with businesses, especially SMEs, or to convince them to participate in taking on apprentices in the current economic climate.”

“The Government’s own review by Jason Holt proposed practical steps to overcome this, but the Government has ignored its recommendations for targeted support for SMEs.

“We would take action by using public procurement and government contracts to boost apprenticeship places.”

The number of apprenticeship starts in 2010/11 was 457,200, an increase of 63.5pc compared to 2009/10, the figures showed.
Skills minister Matthew Hancock praised the figures, however, pointing out that more higher-level apprenticeships were being offered at a time when Britain is trying to boost manufacturing and exporting abroad.