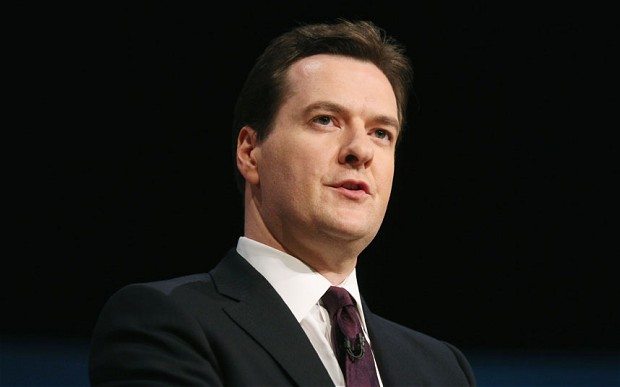 The chancellor’s plans to allow staff to swap employment rights for shares will bring new businesses to Britain, creating jobs and prosperity, entrepreneurs have argued.

In a letter to The Daily Telegraph, they back the Chancellor’s plans, which were set out at the Conservative Party conference this week, reports The Telegraph.

“The scheme will mean that more highly mobile entrepreneurs setting up exciting innovative businesses will choose to locate them in Britain rather than in countries such as America, which until now have had more flexible labour markets,” the letter says.
Signatories include Mike Lynch, one of the country’s most successful hi-tech entrepreneurs. He was the founder of Autonomy, a software firm bought by Hewlett Packard last year for more than £6 billion.

The letter will be welcomed by the Chancellor, who has had a mixed response to his plans.

Mr Osborne wants to allow new employees to agree to accept shares worth up to £50,000 in their company in exchange for waiving a range of legal rights, including the ability to claim unfair dismissal and redundancy payments or to request flexible working.

Female workers would also accept some restrictions on maternity leave.

As an incentive to take part, shares taken up under the new rules will be exempt from capital gains tax, Mr Osborne has promised.

The Chancellor has said that the scheme would allow companies to avoid “gold-plated” employment rights which he says are hampering businesses and holding back the economy.

But it has been rejected by some business leaders, including Justin King, the chief executive of Sainsbury’s, who said the change could harm the reputation of British companies.

The criticism from Mr King, whose firm employs more than 150,000 people, followed a lukewarm response from others.

Business lobby groups have said that the rules are unlikely to be of use to the majority of firms. The CBI called the scheme “a niche idea and not relevant to all businesses”.

The signatories of today’s letter insist that Mr Osborne’s changes could have real benefits for the economy and encourage investors to create and expand businesses.

Current rules are hampering growth, they write: “Many small employers are strongly deterred from hiring new employees by the fear of the cost and time involved in removing someone who fails to perform.

“The rules as they stand result in slower growth and less employment at a time when both are sorely needed.”

Share ownership can have a “highly beneficial impact” on employee morale and performance, they write.

Significant numbers of workers will want to use the new scheme, they predict. “Nobody is being forced to accept this type of contract. But we believe that many will want to.”

As well as Mr Lynch, the signatories include: Hermann Hauser of Amadeus Capital, who has helped found a string of companies including Acorn Computers and E*Trade UK; Nigel Keen, the chairman of Oxford Instruments, a hi-tech research and manufacturing firm; Michael Jackson, the former chairman of Sage, an accountancy firm; and David Soskin, the former head of Cheapflights.com.