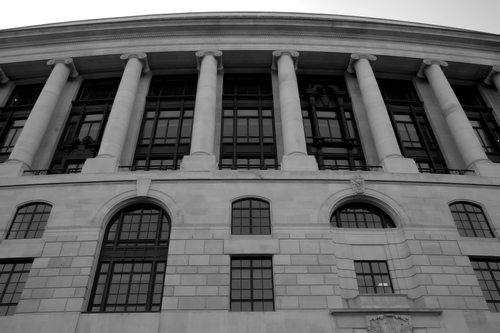 Lord Davies’s inquiry into male dominance in boardrooms is preparing to extend its remit by setting female hiring targets for companies outside the FTSE 100, reports The Guardian.

The former trade minister has asked his advisers to prepare research in preparation for recommending that FTSE 250 businesses should work towards a minimum level of female representation on their boards. The peer’s 2011 report only backed targets for the UK’s 100 largest public companies.

Prof Susan Vinnicombe, a member of the inquiry’s steering committee, said: “[Davies] has asked us what we do next. I have been tasked with looking at the figures. We are debating whether to set targets for FTSE 250 companies. It is quite possible [we will set a FTSE 250 target].”

The Davies report into women on boards recommended that FTSE 100 companies filled 25% of board roles with women by 2015. At the time of its publication, female directors held 12.5% of board positions, but research by the Public Boards Forum shows the current figure is 17.3%.

However, the position for FTSE 250 companies is much worse, with women now filling 11.3% of board roles, compared with 7.8% when Davies reported. There are 94 FTSE 250 companies that have all-male boards, including Mitchells & Butlers, which runs restaurants and pubs such as Harvester and Toby Carvery, Mecca bingo owner Rank Group and comparison website Moneysupermarket.com.

The news that Davies is planning to extend the scope of his campaign comes at a time of renewed focus on sexual discrimination within British business.

Vinnicombe appeared at a Women in Leadership debate in London on Wednesday hosted by the Chartered Management Institute, an event designed to tie in with the trade body’s annual pay survey, released that day. The CMI study revealed that female executives earn £400,000 less over their working lives than male colleagues with identical careers. It showed how much more likely women were to lose their jobs, with twice as many female directors as male directors being made redundant (7.4% compared with 3.1%).

Meanwhile, there are various initiatives around the topic being made by politicians. The Liberal Democrat equalities minister, Jo Swinson, proposed a shakeup of company annual reports last month to push firms into tackling gender imbalances by compelling them to report how many women they employ, from boardrooms down. In Europe, the European commissioner for justice and rights, Viviane Reding, has renewed her push for mandatory quotas of female directors at listed companies, although her efforts have been resisted by many member states, including the UK, which prefer a voluntary code.

While UK campaigners can point to an improvement in the number of female directors since the publication of the Davies report, critics argue that the increase has mainly been attributable to the hiring of female non-executive directors. Furthermore, three out of the five female FTSE 100 chief executives – Dame Marjorie Scardino at Pearson, WH Smith’s Kate Swann and Anglo American’s Cynthia Carroll – have recently said they intend to step down.