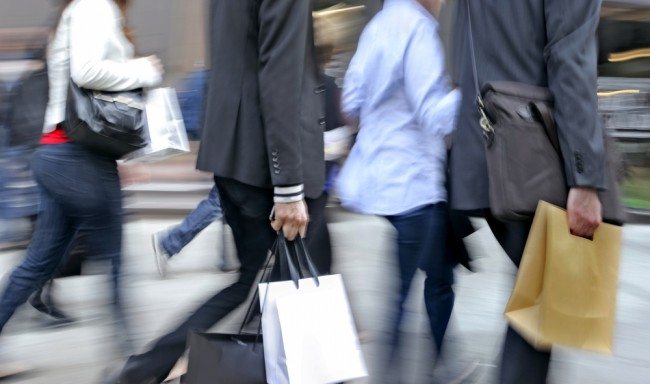 The post-election poll of consumer sentiment will be widely interpreted as heralding a strong summer for high street shops, online sales and the leisure industry, which has missed out on much of the economy’s recovery while households remained nervous about spending, The Guardian reports.

The GfK/KPMG consumer confidence index saw all six elements of its overall score rise to levels “not seen since the late nineties or early days of the noughties”, GfK said.

Spokesman Joe Staton said: “We’re seeing a dramatic uptick in confidence this month, a real post-election bounce that’s put a spring in the step of consumers across the UK.

“Across all key measures we’re reporting higher levels of financial optimism for both our own personal situation and for the general economy as a whole for the coming 12 months.”

Retailers will be particularly encouraged by the leap in the number of shoppers who agreed that “now is a good time for people to make major purchases such as furniture or electrical goods”.

“Consumer price inflation was just 0.1 per cent in May, and it is likely to hover around this level through the summer before trending up gradually.

“Furthermore, annual earnings growth picked up to 2.7 per cent in the three months to April, which was the highest three-month rate since the end of 2008.”

Bank of England figures showed that consumer credit slipped to £1bn in May from £1.2bn the previous month, though marking an 8.5 per cent gain on a year ago. Mortgage lending figures dipped, but were also still well ahead of last year.