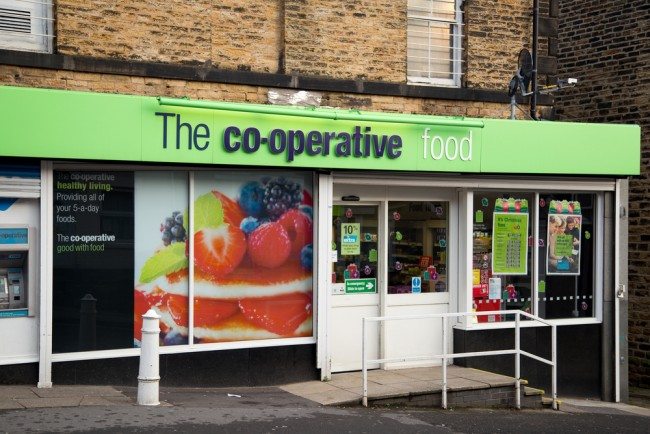 The Guardian reports that the move by Co-operative Food – in its attempt to become the UK’s number one convenience retailer – will escalate the price war between the big five supermarkets, in the face of the ongoing threat posed by discounters Aldi and Lidl.

The investment by Co-op will see some fresh produce prices halved and discounts on more than 100 lines. The price salvo will prune a range of popular fresh fruit and vegetables, starting with iceberg lettuce, carrots (500g) and whole cucumbers priced at just 39p each. The programme has already been trialled in Wales.

The supermarket business is part of the of the troubled Co-operative Group,which returned to profit after a recovery in its grocery stores and the sale of its pharmacies and farmland helped the mutual to bounce back from near collapse. The beleaguered group, which includes food, insurance and funeral care businesses, posted profits before tax of £124m in the year to January 3, compared with a £310m loss in 2013.

Steve Murrells, retail chief executive, said: “Consumers are shopping differently, buying little, more frequently and, increasingly swapping the weekly shop for purchasing what they need, when they need it.

“Food retailing remains highly competitive and we have responded to provide customers with great prices and fresh, quality produce at each of our stores. This makes our price investment the biggest by a convenience retailer, providing consumers across the length and breadth of the UK with lower priced produce and helping them to keep shopping in their neighbourhood.”

The Co-op food business is this year aiming to open 100 new convenience stores and will update another 255 outlets.

Vowing to ditch its larger stores to focus on convenience, the society revealed last month that it had sold 37 larger stores in the year up to 3 January, leaving it with 71 superstores and 2,079 convenience stores. It is also aiming to boost its presence within the M25, where it has in the past been under-represented.

Last year, Morrisons promised to invest more than £1bn in lowering price over three years. This month its new chief executive, David Potts, the former Tesco executive who replaced Dalton Phillips at the top, made his first move in the battle of the supermarkets, cutting the cost of 200 products including bread, milk, butter, sugar and other staples.

In January, Sainsbury’s promised to spend £100m on reducing prices on 1,000 products this year, while Asda invested £300m in lowering prices in the first quarter. Tesco then followed suit with its own price reductions.