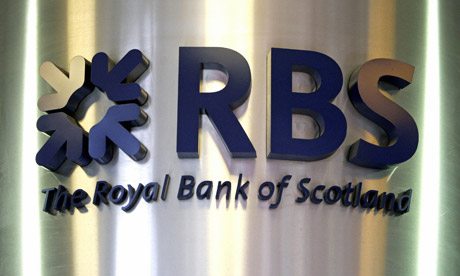 Bonuses for senior executives at Royal Bank of Scotland could be cut because of the week-long technical glitch at the state-backed lender reports The Telegraph.

Stephen Hester, chief executive, said that all staff were “accountable” for their actions, but insisted the bank’s focus was on helping customers affected by the computer failure.

“All of us are judged in part by customer service – from me on downwards – and we should be. But today anyone who is thinking about bonuses, I’m afraid, I have no patience for. Today, within RBS, this is about helping our customers through this,” said Mr Hester speaking to Sky News.

City analysts are not expecting the problems to have much impact on RBS’s financial results, though they admit that until the bank gives more detail on the full scale of the problems it will be hard to tell.

Investec Securities banks analyst Ian Gordon said that while the problems were the “worst mass outage in living memory” he expected the final bill to the bank to come in at between £50m to £100m.

“I think the costs will be in the tens of millions rather than the hundreds of millions, though without any guidance, I could be wrong by a factor of 10. I don’t see this becoming a material figure for them,” said Mr Gordon.

Mr Hester said yon Monday there would be no “budgetary limit” on the amount the bank would allocate to reimbursing customers and fixing the problems.
“We are a big bank and we have got broad shoulders. We will be able to take the financial consequences,” he said.