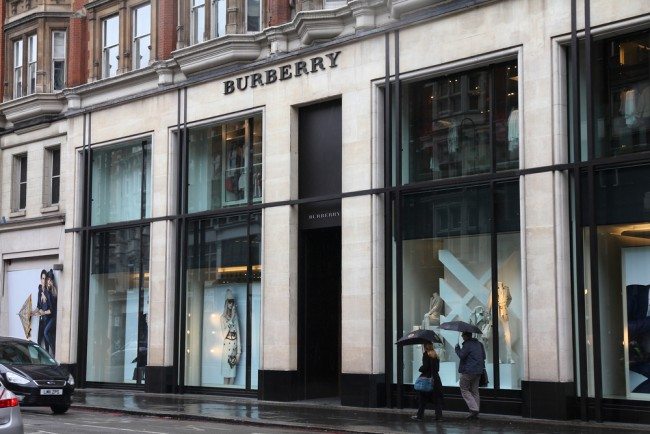 Despite a humiliating rebuke at its annual meeting last summer, the company has made only modest changes to Christopher Bailey’s rewards, giving him a near-maximum bonus, a cash allowance and share awards, on top of his salary, amounting to £7.9 million.

The Yorkshire-born designer, who was elevated to the top job as the replacement for Angela Ahrendts in 2014, was described as “clearly in demand in the international luxury space” by Burberry, which admitted that the size of the pay award was “unusual” for a UK boss.

Burberry acknowledged that the amount it was paying its top team had caused concern among investors, but it argued that much of the opposition was down to poor communication, reports The Times.

“These decisions were not taken lightly,” Ian Carter, chairman of Burberry’s remuneration committee, wrote in the company’s annual report. “They were difficult decisions which were made after considerable debate.”

Burberry has been a runaway financial success over the past decade, growing from a niche British fashion label to an international phenomenon with a vast following in emerging markets, particularly China.

During the year to March, Burberry’s market capitalisation grew by £1.5 billion to £7.7 billion, as an advertising campaign featuring Romeo Beckham spurred sales of its trademark trenchcoats and scarves.

However, the sheer size of Mr Bailey’s reward, just short of his predecessor’s £8 million last year, could cause concern.

At a rancorous annual meeting last July, 52 per cent of shareholders voted against Burberry’s remuneration report, concerned, particularly, at an award of 500,000 shares to Mr Bailey, worth as much as £8 million, which will vest between 2017 and 2019.

At the time, the Investment Association, which represents fund managers, issued an “amber top” alert. The Institute of Directors described Mr Bailey as “unproven as a chief executive”, adding that shareholders had “fired a warning shot”.

Burberry said yesterday that it had disclosed more information about performance targets and had consulted with a majority of its top 50 share-holders before making key remuneration decisions.

An insider said that it would be “supremely arrogant” for the company to go into its annual meeting certain of shareholder backing, but added that it was confident concerns had been addressed.

However, Luke Hildyard, deputy director of the High Pay Centre, attacked the move, saying: “Burberry has had issues with pay revolts in the past and yet they’ve given Christopher Bailey another really very generous pay package this year. The FTSE average is about £5 million, so if he’s getting £8 million he’s a long way over that. “For me, it shows they as a company and big companies in general don’t really have huge respect for the pay vote or the opinions of their shareholders on the issue, they are just paying lip service to them.”