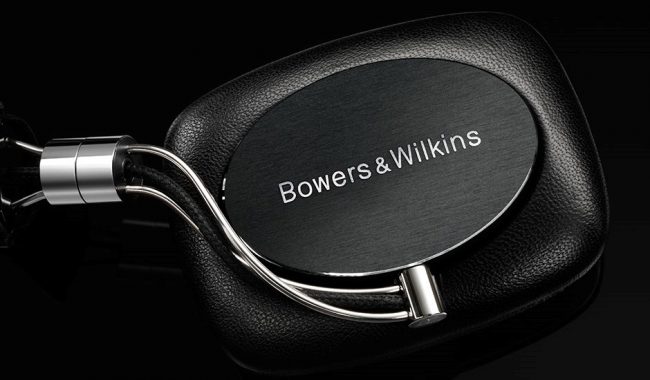 Joe Atkins, chief executive officer of Bowers & Wilkins, has owned a majority stake in the half-century-old British speaker business for the last 30 years. On Tuesday, he plans to tell his 1,100 employees that he’s selling it to a tiny company that almost no one has heard of, run by a man he met just 30 days ago, reports The Independent.

Over the weekend, Atkins reached a sale agreement with Eva Automation, a 40-person Silicon Valley startup that hasn’t yet sold a single product or service. The company was started in 2014 by Gideon Yu, a former Facebook chief financial officer, ex-venture capitalist, and current co-owner of the San Francisco 49ers. Yu has said little about his startup. According to the company’s website, it is “making products that will change how people interact and think about the home.” About a quarter of its employees have worked at Apple, according to their LinkedIn profiles.

The companies declined to disclose financial terms of the deal. Eva is looking to raise as much as $252 million in a round that could value it at more than $600 million, according to an analysis of its public filings by VC Experts, a firm that studies private market data. Eva is backed by at least $20 million in funding, and the additional round of financing will help fund the acquisition. Yu said the Formation Group would lead the investment but declined to comment on how much money the company is raising. Both Eva and Bowers & Wilkins noted that the structure of the deal was unusual. Older, bigger companies usually acquire younger, scrappier upstarts in hopes of injecting some innovation into their ranks, not the other way around.

Bowers & Wilkins became a household name before speaker companies had to distinguish themselves through Spotify integrations and voice recognition capability. While Bowers & Wilkins does sell speakers designed to accommodate people used to listening to music through their smartphones, Atkins acknowledges that his company lacks the expertise needed to build software that communicates with cloud services. Any company that wants to sell speakers at a significant premium would need to integrate high-end hardware with sophisticated software. Yu plans to begin selling new products that incorporate Eva’s work by early to mid-2017.

While the details of the sale are odd, Atkins’s decision to sell isn’t a total surprise. He hinted at a potential acquisition in an interview with the Guardian last year, but that was long before talks started with Eva. Bang & Olufsen A/S, another high-end audio-equipment maker, walked away from takeover talks with a Chinese billionaire last month and replaced its CEO.

Bowers & Wilkins’s most devoted customers will probably be skeptical about a Valley startup being the best steward for a fancy speaker brand. Audiophiles often turn their noses up at digital music companies, which have a reputation for sacrificing fidelity for convenience. “It will take some explaining,” said Atkins. “I think when the verdict comes back, it will be clear that this is exactly what Bowers & Wilkins should be doing.”

Atkins will become CEO of the combined company, and Yu will be executive chairman. They will drop the name Eva in favor of the much more familiar Bowers & Wilkins brand. Yu and Atkins said there will be no staff cuts, and the company will continue to sell the current lineup of Bowers & Wilkins products. Atkins, who owns 60 per cent of Bowers & Wilkins, will take a significant ownership stake in the new company. Bowers & Wilkins’s outside investors, Caledonia Investments and Sofina, will cash out.

Yu has been a Silicon Valley dealmaker for years. He was chief financial officer at YouTube when Google bought the company for $1.65 billion. At Facebook, he helped the social network raise money from Microsoft. As a partner at Khosla Ventures, he was an early investor in Square Inc. He also owns part of the 49ers and championed the football team’s new stadium in the Valley.

Yu said his latest deal is a potential model for other well-funded startups. “I think there will be others to follow,” he said. “This is the way that Silicon Valley and other industrial companies raise the game for consumer-brand electronics.”