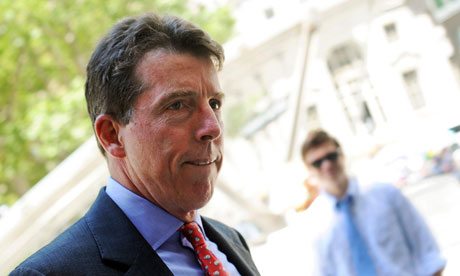 He said in a statement: “No decision over that period was as hard as the one that I make now to stand down as chief executive. The external pressure placed on Barclays has reached a level that risks damaging the franchise – I cannot let that happen.”

Barclays was fined a record £290m last week for attempting to manipulate the interbank lending rate, Libor, between 2005 and 2009, reports The Telegraph.

Marcus Agius, who announced his resignation on Monday in an attempt to conduct anger away from the bank and its chief, will stay on as full-time chairman and lead the search for a new chief executive.

The search for a new chief executive will commence immediately and will consider both internal and external candidates. The businesses will continue to be managed by the existing leadership teams, the bank said.

Mr Diamond had been resisting pressure to resign, insisting that he was the man to drive through changes in the bank’s culture.

Today, he said: “I am deeply disappointed that the impression created by the events announced last week about what Barclays and its people stand for could not be further from the truth. I know that each and every one of the people at Barclays works hard every day to serve our customers and clients. That is how we support economic growth and the communities in which we live and work.”
He said: “I looked forward to fulfilling my obligation to contribute to the Treasury Committee’s enquiries related to the settlements that Barclays announced last week without my leadership in question.”

Barclays shares fell 3.5pc in early trading. Many shareholders believe that Mr Diamond, who built up the Barclays Capital, the investment banking arm, is the only one with the understanding to drive through reforms at the lender.

George Osborne, the Chancellor, told BBC Radio 4’s Today programme that thought Mr Diamond’s resignation was the right decision for Barclays and the country and a “first step toward” to changing the culture of banking and a “new age of resposibility that we need to see”.