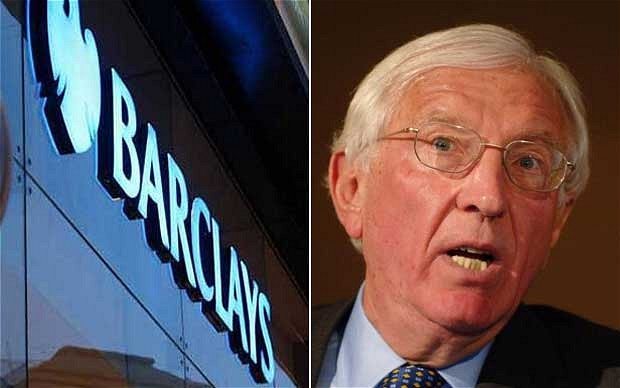 Barclays is expected to reveal next week that as many as 600 of its staff are paid more than £1m, in the most detailed disclosure yet about how much its 140,000 employees take home each year, reports The Guardian.

In a move that could force rival banks to follow suit, Barclays is preparing to report how much its staff earn through a wide range of pay scales, shedding light on the pay of its lowest and highest paid staff.

Under the direction of chairman Sir David Walker, Barclays is to adopt a new way of providing information about pay when it publishes its annual report next week, potentially re-igniting the row over the high bonuses handed out in the City. Analysts estimate as many as 600 Barclays staff could take home more than £1m. It is understood that Royal Bank of Scotland is considering whether to provide more information about pay for 2012.

In 2009 Walker was commissioned by the Labour government to review standards in banking following the bank bailouts and called for pay to be disclosed in bands above £1m. But when the coalition came to power in 2010 he had backed down, saying such a move needed international co-operation. Walkers’s brackets for bands at the time of his 2009 report were £1m to £2.5m, £2.5m to £5m and in bands of £5m thereafter. The recipients were not to be named.

He appears to be going further in the disclosures that will be made by Barclays by including the lowest pay grades. Shortly after his appointment to the bank’s board in September he was the first witness at the parliamentary commission on banking standards and called for more disclosure of bankers’ pay, suggesting that the pay of the top “50 to 100” highest paid bankers should be released.

Under UK rules banks are required to publish the pay of all boardroom directors. Since the financial crisis banks have been required to disclose the pay of the five highest paid staff reporting to the chief executive, although this has now been increased to the eight highest paid staff. Other rules require banks to publish information about the number of “code staff” – those responsible for managing and taking risks – and broad details about how they are paid.

However, some banks have voluntarily provided details about the number of people taking home more than £1m. HSBC, which will be the first bank to publish its annual report containing pay details for staff when it reports its full-year results on Monday, does not formally publish how many of its staff receive more than £1m. But when asked last year the bank said that 192 were paid £1m or more in 2011. Sir Philip Hampton, the chairman of RBS said in 2011 that “more than 100” were paid £1m when he was asked about top pay.

Devising the best formula for how bankers – and any top executives – are paid each year is difficult. Barclays is expected to calculate total take-home pay on the basis of salaries, annual bonus and the value of any Long-term incentive plan (Ltip) issued to employees in shares. These Ltips typically last for three years.