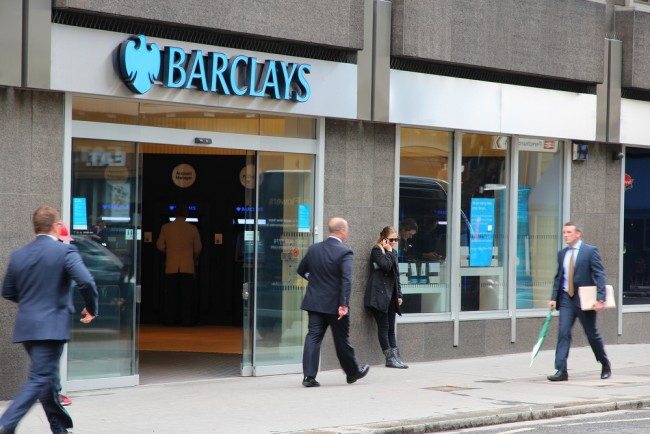 The bank, along with seven US stock exchanges, including the NYSE and Nasdaq, saw legal action thrown out by US District Judge Jesse Furman in Manhattan on Wednesday night.

Mr Furman ruled that investors, including Great Pacific Securities, failed to show how Barclays’ actions could have affected the price of securities in the dark pool or that the bank made misleading statements.

According to The Telegraph, Great Pacific also failed to show that it would have acted differently had it known about the types of traders operating in the pool.

“The exchanges are absolutely immune from suit based on their creation of complex order types and provision of proprietary data feeds, both of which fall within the scope of the quasi-governmental powers delegated to the exchanges,” the judge added.

Barclays said in a statement: “We are pleased with the court’s thorough and well-reasoned decision dismissing all the allegations in the complaints … and concluding that the plaintiffs were unable to identify ‘any materially false or misleading statements by Barclays’.”

Barclays runs one of the world’s largest dark pools, anonymous trading venues that do not make any trading information available until after the trades have been completed.

It still faces similar allegations from New York State Attorney General Eric Schneiderman, who alleged last year that Barclays duped investors by telling them its dark pool was a safe place to put their money, when in fact they were exposed to high-frequency trading “predators”.

In January he announced that his investigation had “uncovered significant and additional wrongdoing”.

“The facts alleged in our complaint show that Barclays demonstrated a disturbing disregard for its investors in a systematic pattern of fraud and deceit,” Mr Schneiderman said. “Barclays grew its dark pool by telling investors they were diving into safe waters. Barclays’ dark pool was full of predators – there at Barclays’ invitation.”

The investigation into Barclays was “aided significantly” by “a number of former Barclays’ employees, who observed much of the conduct described in the complaint”, the Attorney General claimed.

Officials quoted one Barclays employee as saying: “I had always liked the idea that we were being transparent, but happy to take liberties if we can all agree.”

Another allegedly said: “If we can help ourselves we should; it’s in our control.”

Earlier this month, the Wall Street Journal claimed that Barclays was in talks with the New York State Attorney General and the Securities and Exchange Commission to settle the allegations.

The tactics of high frequency traders were the subject of author Michael Lewis’s book, Flash Boys, in which he reveals how they use ultra-fast computers that allow them to see other buyers’ orders before they are executed. At the most basic level, they use this time advantage to buy the stock before the first deal has been processed and sell it on to the original purchaser at a slightly higher price, a process known as “front-running”.

Critics have attacked dark pools for making stock markets less transparent, with nearly 40 per cent of stock trades now taking place away from traditional exchanges, up from a little over 15 per cent seven years ago.