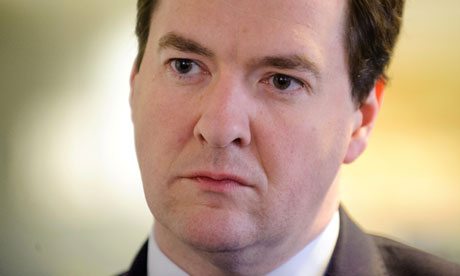 Mr Osborne makes his statement to MPs against a gloomier economic background than forecast in March’s Budget, reports The BBC.

He will say the coalition are “confronting the country’s problems” and insist he is not ducking the “hard work” of reducing the deficit.

Labour has called the government’s economic policy “a terrible failure”.

The chancellor will set out the state of the UK economy and his deficit-cutting programme from 12:30 GMT.

He is expected to say: “In this Autumn Statement, we show that this coalition government is confronting the country’s problems, instead of ducking them.

“The public know that there are no miracle cures. Just the hard work of dealing with our deficit and ensuring Britain wins the global race.”

The Office for Budget Responsibility is expected to downgrade its forecasts for growth in figures to be released alongside Mr Osborne’s statement.

If the figures are as bad as many expect, the chancellor could miss his targets for paying off Britain’s debts.

Mr Osborne has already admitted cutting the deficit was “taking longer” than planned.

The BBC’s chief economics correspondent Hugh Pym says what was set out as a five-year plan when the coalition took office in 2010 to eliminate the underlying deficit will, by the end of the day, probably have become an eight-year plan.

Paul Johnson of the Institute for Fiscal Studies told the BBC the apparent “permanence” of the UK’s low growth was the real problem in terms of the public finances, rather than the chancellor’s erring time scale.

“I don’t think from an economic point of view he’s going to lose an enormous amount from saying I don’t think I’m going to meet this target – so long as he looks like he’s continuing to focus on the long term.”

The chancellor is also expected to give more detail on plans to squeeze spending in most Whitehall departments and use the money to build new schools and transport schemes.