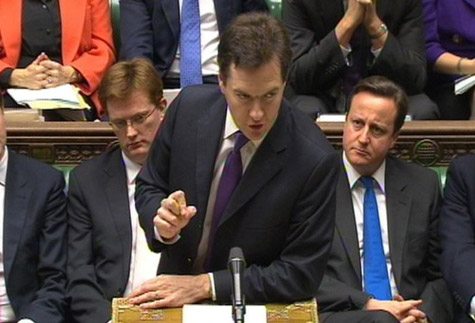 But we could easily describe it as something of a mini-Budget to be honest: fuel duty scrapped, personal allowances increased, new schools building programme announced, an extension to Small Business Rate Relief, and even a cut in corporation tax unveiled.

It’s not been a bad day for business in general, and SMEs either. The dramatic increase in Capital Investment Allowance is a very welcome announcement too, and could well be making headlines over the next few days. Maybe not all for the best of reasons. Let me explain that.

Any business intending to invest in capital to support their infrastructure or growth will benefit significantly – and they don’t have long to wait either – this kicks in from January 1st, so just a matter of weeks to wait.

However, let’s wind the clock back a little. This announcement is something of an admission that the Chancellor himself made a huge mistake by discouraging businesses to invest in 2012.

So from January, the benefit for same investment will be £18,000. The real benefit though will be for those business which intend to invest up to 250K.

Given that UK businesses are now sitting on £700bn of cash, it could be argued that the earlier actions of the Chancellor have created a disincentive to invest through 2012, at a time when business needs confidence to create growth.

Let’s hope there are no similar errors of judgement in the detail of today’s statement – this misgiving was certainly something I mentioned to the Business Secretary Michael Fallon when he telephoned me shortly after the statement was presented to the House this afternoon.

In conclusion then, the capital allowances, fuel duty postponement and SBRR suggest this is a good budget for small businesses in terms of cutting day-to-day costs. This is what we wanted to see, and to a degree we got that today.