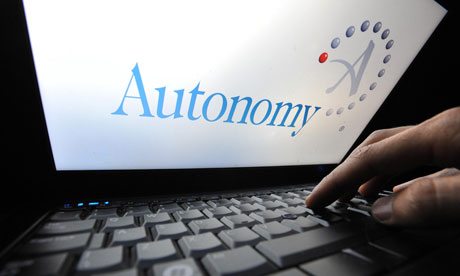 The Serious Fraud Office (SFO) and US department of justice have opened investigations into the accusations of suspect accounting at the British technology firm Autonomy before its 2011 acquisition by Hewlett-Packard, the US technology company said on Monday.

In a regulatory filing with the US Securities and Exchange Commission (SEC), HP said it had been told that investigations were under way by the US and UK authorities on 21 November and 6 February respectively.

Ironically, the SFO is itself an Autonomy user – in order to work through voice calls and emails for relevant information. On 11 February, a spokesman there declined to comment on whether it had opened any investigation, reports The Guardian.

Mike Lynch, the billionaire co-founder and former chief executive at Autonomy – who left the company and HP in May 2012, just seven months after the acquisition – said at the start of March that he had heard nothing from HP and had heard nothing about investigations.

A spokesperson for Lynch declined to comment on Monday night. The Guardian also understands that the SEC has approached Lynch in the past few days about the subject.

Meg Whitman, the chief executive who took over as the acquisition was being completed, blamed a “wilful effort” to inflate the company’s figures, and that they “severely impacted HP management’s ability to fairly value Autonomy at the time of the deal”.

Lynch has blamed the problems – and the outflow of Autonomy staff from HP following the acquisition – on stifling management processes that made it impossible to keep the same startup spirit that he had aimed to foster with the staff.

HP has alleged that there were “serious accounting improprieties, disclosure failures and outright misrepresentations” in Autonomy’s business, but has provided no other detail.

Lynch has repeatedly challenged the company to specify what it thought was wrong in the way that the business – once the biggest technology company on the London stock market – had misrepresented its accounts.

Until the announcement, the only known investigation was by the FRS, the body which oversees accounting standards.

In its filing, HP says that it has “provided information to the UK Serious Fraud Office, the US department of justice and the SEC related to the accounting improprieties, disclosure failures and misrepresentations at Autonomy that occurred prior to and in connection with HP’s acquisition of Autonomy”.

It said: “On 21 November, 2012, representatives of the US department of justice advised HP that they had opened an investigation relating to Autonomy.

“On 6 February 2013, representatives of the UK Serious Fraud Office advised HP that they had also opened an investigation relating to Autonomy. HP is co-operating with the three investigating agencies.”