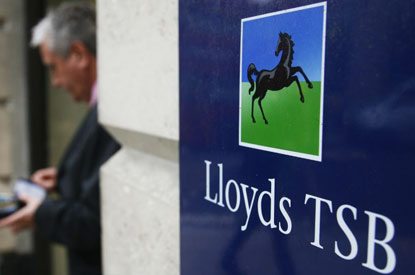 Lloyds has placed part of its stake in wealth management firm St James’s Place at 510p a share, bolstering its capital position and making a profit on the sale of £400m.

The bailed out bank had announced on Monday, after the stock market had closed, that it intended to place the equivalent of 20% of the St James’s Place company, reports The Guardian.

The bank inherited a near 60% stake in the firm following its rescue of HBOS in 2008 and will retain a 37% stake in St James’s Place following the placing of shares on the stock market, which will be completed on Friday.

St James’s Place is already in the FTSE 250 index where its shares have been rallying in recent months from just under 400p in December to about 530p at Monday’s close. As a result of the placing, the shares were the biggest faller in the FTSE 250, falling 3% to 520p, while Lloyds was one of the biggest risers in the FTSE 100, up nearly 1% at 50p.

Lloyds will not sell off any more of the stake for a year, which will quash any further speculation that the bank will be trying to rid itself of its entire holding – which has been subject of stock market rumour for many months.

Lloyds said its capital will get a £600m lift as a result of the sale, because it will revalue the remaining part of the stake. It comes at a time when the Financial Services Authority is reviewing the capital cushions of all the major banks. The regulator is expected to provide a formal update on the health of the banking industry later this month through the Bank of England’s financial policy committee.

The gross proceeds of the sale are £520m.

Lloyds, just under 40% owned by the taxpayer, is also preparing itself for a partial privatisation after the bonus of its chief executive, António Horta-Osório, was linked to the shares being sold off at 61p or higher.