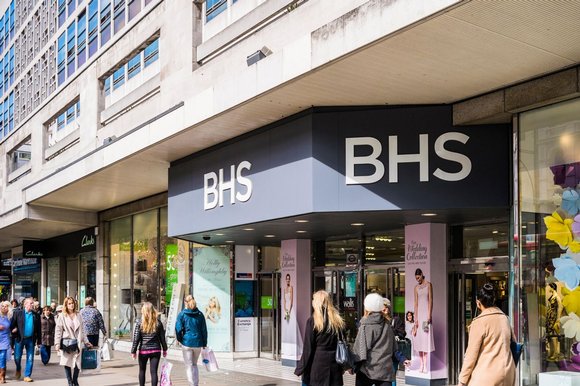 Company administrations are always grim but the demise of one of the country’s best-known chains will reverberate far and wide, reports The Telegraph.

When BHS attempted to slash its rent bill through a controversial CVA last month, the giant circular it published revealed liabilities of £1.3bn spread across more than 1,200 creditors.

The large majority of those are so-called “trade creditors” – small businesses from across the UK that have supplied stock, goods, or services to BHS’ stores.

Sadly, as unsecured creditors, they stand to get very little back of the estimated £42.1m owed. In a typical insolvency, small creditors rank last in the pecking order and tend to receive little more than a few pence in the pound from any money administrators manage to recover.

When budget fashion chain Peacocks collapsed in 2011, it owed about £400m to hundreds of unsecured creditors for stock, goods and services.

Administrators KPMG clocked up 25,000 hours of work over nearly a year and a half but recovered less than a penny in every pound back for suppliers.

For many suppliers, BHS will be their biggest customer, so its sudden disappearance from the high street will be a difficult blow to withstand.

For some, it may even prove fatal.

For other, much large corporations such as Google’s Irish arm, national lottery operator Camelot, and music publisher EMI, all of whom cropped up on the creditor list, the hit will barely register.

The picture is also pretty bleak for a number of larger creditorsincluding landlords and members of the pension scheme, both of which have no security in an administration.

Landlords including some of the UK’s biggest names such as Land Securities, Legal and General, and Prudential also face losing out, with total liabilities of nearly £450m. Meanwhile the pension scheme has a £570m deficit and 20,000 members that will have to be swallowed by the Pension Protection Fund.

Customers and employees are also likely to be affected.

Whether these are honoured is unclear but the precedents aren’t great. When Comet went under in 2012, the taxpayer eventually footed the redundancy bill.

The picture is less bleak for a handful of secured creditors including Philip Green’s Arcadia, which are collectively owed £124.2m.

The tycoon’s parent company, together with lenders Barclays, Gordon Brothers and Grovepoint, can expect to be paid out first.