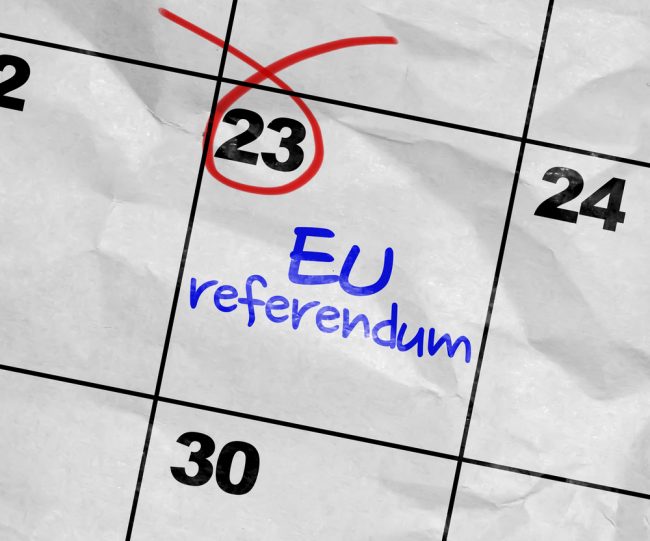 The survey found that 49 per cent were in favour of remaining in the EU while 40% favoured leaving – with 11 per cent as yet undecided.

The findings from this survey also found that only large business was definitive on it’s thinking with 53 per cent remain, 37 per cent leave and 7 per cent undecided.

Zak Meziane, partner at Clarus Consulting, who commissioned the survey, commented: “Business, and particularly big business, is often portrayed as being strongly ‘Remain’. But our survey suggests that, across the spread of businesses, it’s actually a close-run thing.”

One of the most unexpected findings in the survey was that 70 per cent of respondents said their vote will primarily be influenced by personal rather than business considerations, clearly indicating that it is as individuals that each campaign has the best chance of influencing them.

This was a consistent view regardless of business size: 73 per cent of respondents from small businesses said it will mainly be a personal decision, 71 per cent from medium sized businesses, and 67 per cent from large companies.

The fact that the vote is not simply a matter of business logic can arguably be further deduced from the finding that only 20 per cent of total respondents believe leaving the EU would be positive for their business – and yet 40 per cent intend to vote ‘Leave’. Of those intending to vote ‘Leave’, only 42 per cent said that it would be have a positive impact on their business (though 44% said it would have ‘no impact’ either positive or negative).

Information needed – but will it make any difference?

Despite all the Referendum noise, 38% of respondents said they still don’t feel they have the information they need to make their vote. This rose to 43 per cent of respondents from small businesses.

Meziane added: “One of the major issues for businesses appears to be a lack of information – with nearly four in ten respondents saying they still don’t feel they have enough information on which to base their vote. This is perhaps pushing executives towards making a personal/emotional decision rather than basing it on business factors.

“However, the survey uncovered that only 24 per cent of those who say they don’t have enough information are still undecided about which way to vote. So, is more information the solution or are people already entrenched in their views?”