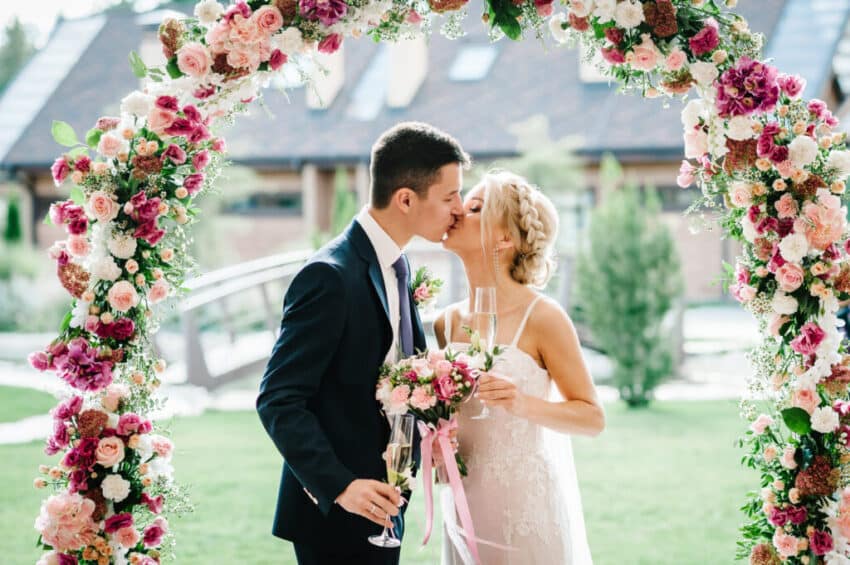 Couples can have spring weddings from Monday – but with a new rule that says ‘you may not kiss the bride’.

After this week’s easing, small-scale receptions will be allowed from the beginning of next month. But there will be strict limits on numbers of guests, plus other pandemic regulations.

Among restrictions that will last at least until mid-summer are social distancing rules that say attendees should stay at least two metres away from anyone who is not in the same household bubble.

Newly-wed couples will be banned from kissing before the guests or congregation unless they have been living together before the wedding.

He said: ‘Having restricted wedding parties to just six people, they bizarrely order those from different households, which may include the bride and groom, to keep their distance. This advice is based on the wrong assumption that all couples live together before they marry, which is simply not the case.’

During the winter lockdown, weddings have been allowed only in ‘exceptional’ circumstances – which in practice usually means one of the couple is terminally ill.