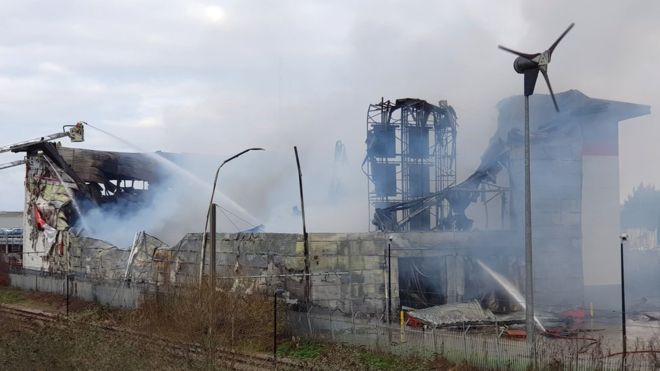 Hundreds of people are planning a legal challenge against a self-storage company as they claim safety failures led to the destruction of more than 1,000 people’s possessions.

Customers claimed London Fire Brigade was alerted by phone calls instead of automatic fire alarms. If true, this means the fire could have been left to grow for a longer time before it was discovered, making it harder to put out.

The fire was tackled by more than 100 firefighters and took almost 24 hours to extinguish. Questions are being asked about why the building was allegedly fitted with fire extinguishers instead of sprinklers.

“Sprinklers could have suppressed and controlled a fire until the first response team arrived,” said Rachel Gould, who lost the entire contents of her two-bedroom house.

“Fire extinguishers are only useful if someone operates them and, as far as has been reported, there were no Shurgard staff on site to operate those.”

Customers feared the building design could have threatened the safety of anyone inside.

“We couldn’t find the stairs to get down. They were not signposted, which means the fire escapes weren’t either. There were no signs to tell me how to get out,” said Carol Addy. “Somebody could have been in there when the fire started.”

She also questioned the lack of security “outside normal business hours”.

There are also complaints about the terms and conditions of contracts, which state items of sentimental value should not be stored, despite Shurgard promoting this in its advertising.

Steve Reed, the Labour MP for Croydon North, said: “I would, of course, support a legal challenge given the concerns about the lack of fire safety and the concerns about whether the product being sold was what they were told it was.”

Narise Joyram, 20, will join the legal challenge after the fire destroyed the last possessions of her parents, who died when she was a teenager.

“I had photos, my mum’s wedding dress, all the photos from the 36 countries my parents visited together before I was born. My grandmother is absolutely destroyed – she has nothing to remember her daughter by now.”

Shurgard declined to comment on this story, but re-sent a statement from a week ago that said: “In common with all Shurgard properties in the UK, the store was fully compliant with all national building and fire regulations.

“We know that this is a devastating event for all our customers. We remain committed to updating them, and providing support, for as long as necessary.”