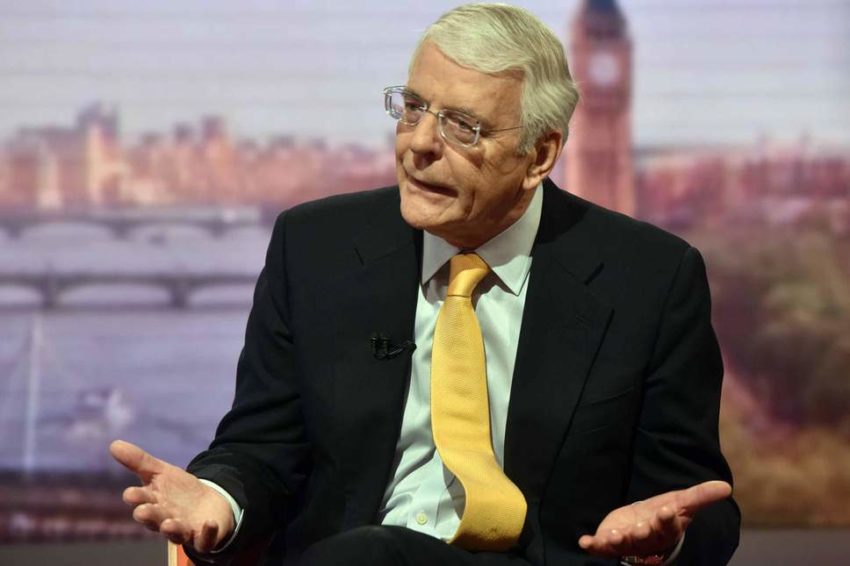 Former prime minister Sir John Major has said revoking Article 50 is the “only sensible course” but accepted this would be “politically uncomfortable”.

Sir John, who led the country between 1990 and 1997, wrote in the Sunday Times of his support for a second ballot of Britain’s membership of the European Union, adding the Government allowing a no-deal Brexit would be “morally reprehensible”.

Theresa May is preparing to put her Brexit blueprint to a vote in the House of Commons next week with former Brexit minister Dominic Raab saying Britain should be prepared to leave with no arrangement in place.

Writing that the divisions between people on both sides of the referendum debate have become “bitter and entrenched”, Sir John added: “The cost of a no-deal Brexit to our national wellbeing would be heavy and long-lasting.

“The benefits are close to zero. Every single household — rich or poor — would be worse off for many years to come.

“Jumping off a cliff has never had a happy ending.”

He added that a “new process” of national consultation was needed, adding: “No true democracy should deny a considered choice to its people.”

Meanwhile, London mayor Sadiq Khan has written in the Observer suggesting that Mrs May should step down and call a general election if she loses next week’s vote.

He wrote: “It’s clear that if our government and parliament are incapable of finding a way out of this mess, it should be taken out of the hands of the politicians and returned to the British people to take back control.”

On the other side of the divide on Britain’s departure from the European Union, Mr Raab has said Mrs May’s deal “suffocates the opportunities Brexit offers”.

He wrote: “If MPs vote the deal down, we should continue to press our EU partners for a deal that respects the referendum.

“If EU intransigence persists, we must be willing to leave the EU at the end of March on World Trade Organisation terms.

“We’d be in a stronger position, then, to continue the negotiations as an independent third country.”