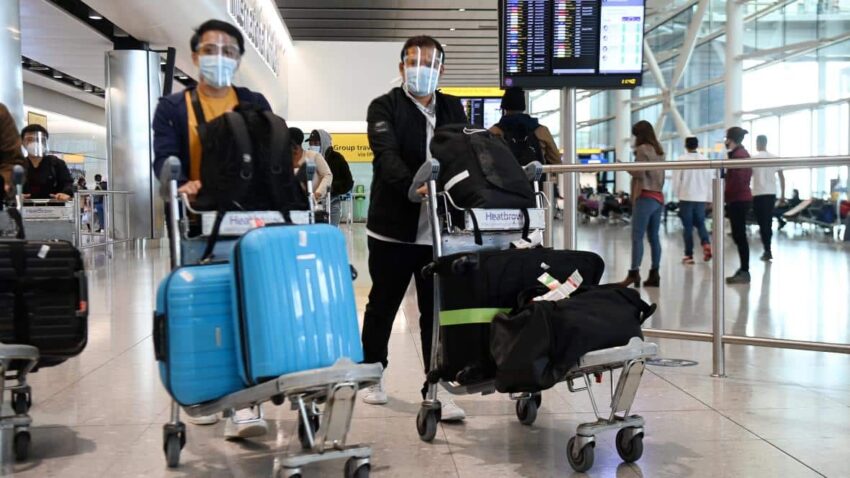 A ban on UK citizens entering the US is unlikely to be lifted before the end of the summer.

It was reported last night that talks over a transatlantic travel corridor are unlikely to reach a positive conclusion before the end of next month despite intense lobbying from airlines.

Anxiety over the spread of the Delta variant in the UK combined with uncertainty over the status of the Oxford-AstraZeneca vaccine in the US has led to deadlock between the two countries, it emerged.

Most UK citizens have been banned from entering the US since March last year. At the same time, the US is on the UK’s amber list, forcing all travellers to quarantine for up to ten days on arrival.

The US announced the formation of a working group this month aimed at reopening international travel between the two countries. It came before President Biden met Boris Johnson before the G7 summit in Cornwall. Airlines including British Airways and Virgin Atlantic have pushed for the travel corridor to reopen.

However, the Financial Times quoted one UK government official as saying that the air corridor was “not going to happen soon”, adding: “We thought July was the earliest we might be able to get something in place, but now it’s looking more like September.”

In Europe, Angela Merkel, the German chancellor, lobbied for EU-wide quarantine restrictions on travellers from the UK. During talks in Brussels yesterday, Germany pushed for the EU to trigger an “emergency brake” to impose what diplomats described as “stringent” new restrictions on Britons to stop the spread of the Delta variant, which first emerged in India.

The German measures would have stopped all non-essential travel from Britain, with a mandatory and enforced two-week quarantine for any British arrivals.

However, before talks between European and national health officials on the EU’s integrated political crisis response committee a group of so-called “Club Med” countries defied the German calls for blanket new restrictions, while moving away yesterday from a completely open-door policy.

Portugal and Malta announced that Britons who have not been vaccinated would be forced to quarantine on arrival from this week. Spain said it would introduce similar steps, although UK travellers will avoid quarantine with proof of vaccination or a negative PCR test.

Hong Kong has put the UK on its “very high risk” list, banning arrivals from the UK unless they are a Hong Kong resident or a spouse or child of a resident. The territory has also announced a ban on direct flights from the UK from Thursday.

Germany has designated the UK as “a virus variant area of concern” and banned all travel except when there is an urgent humanitarian reason, such as an immediate family bereavement. All journeys are “subject to pre-departure digital registration and 14-day quarantine with no exemptions and no possibility for early test and release, including for the fully vaccinated”.

The European Commission said yesterday that talks with the government were “progressing well” to ensure that the NHS’s “Covid Pass” worked with the EU system in time for the full holiday season later next month.