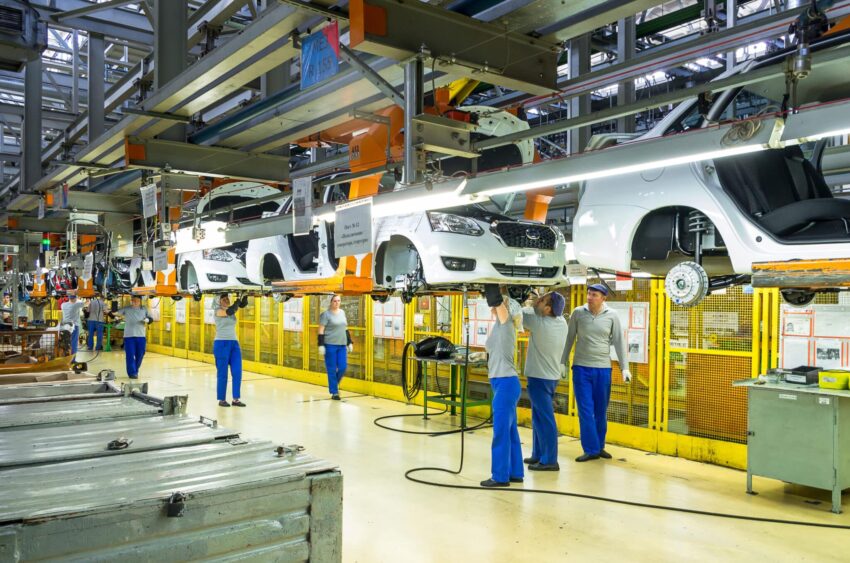 Nissan is close to committing to a “gigafactory” in Sunderland to make batteries for electric cars in a government- backed investment that will create thousands of jobs.

The Japanese carmaker has been in talks for months to build a plant that would make batteries for as many as 200,000 cars a year. Its electric vehicle strategy, which could include production of its Qashqai and Juke models at Sunderland, is due to be confirmed this week, according to Sky News. Nissan already makes the Leaf electric car in Sunderland, where it opened in 1986.

The government’s investment has not been disclosed. Funds could come from a £500 million battery production fund announced last autumn as part of a “green industrial revolution”.

New petrol and diesel vehicles will be banned from 2030 and sales of electric cars are expected to jump. The Faraday Institution, which researches batteries for the car industry, says that Britain will need eight gigafactories by 2040 to meet demand. The Nissan factory is expected to be built by the end of 2024, when electric cars made in Britain will need more components made domestically to comply with the EU trade deal.

The UK’s first gigafactory is being built by Britishvolt in Blyth, northeast England. The £2.6 billion project aims to make enough batteries for 300,000 electric cars a year by 2027.

Transport & Environment, a European campaign group, said this month that Britain was at risk of being left behind in the race to dominate electric car manufacturing in Europe. Its research in collaboration with IHS, the data provider, showed that while the UK produced about half of all electric cars built in Europe in 2018, that was on course to fall to 4 per cent by 2030 as a result of the “chronic lack of future investment”.

A Nissan spokesman said: “We will continue to electrify our line-up as part of our global journey towards carbon neutrality.” The business department declined to comment.