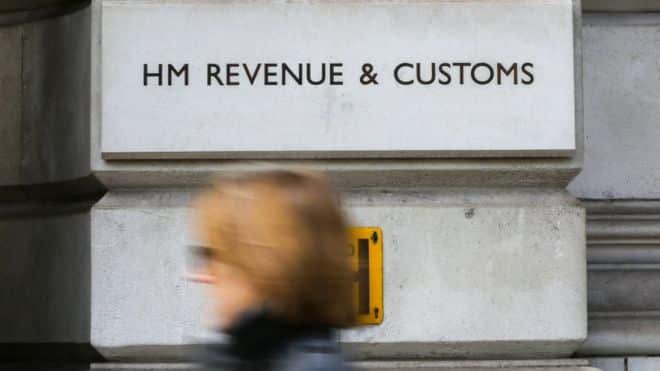 Up to £3.5bn in Coronavirus Job Retention Scheme payments may have been claimed fraudulently or paid out in error, the government has said.

HM Revenue and Customs told MPs on the Public Accounts Committee it estimates that 5-10% of furlough cash has been wrongly awarded.

Latest data shows the programme has cost the government £35.4bn so far.

The scheme has paid 80% of the wages of workers placed on leave since March, up to a maximum of £2,500 a month.

Speaking to MPs on Monday, HMRC’s permanent secretary, Jim Harra, said: “We have made an assumption for the purposes of our planning that the error and fraud rate in this scheme could be between 5% and 10%.

“That will range from deliberate fraud through to error.”

The Public Accounts Committee estimates that a total of £30bn in tax was lost in 2019 due to taxpayer error and fraud.

Both HM Treasury and HMRC were ordered to appear in front of MPs to explain how they were intending to reduce the problem.

“What we have said in our risk assessment is we are not going to set out to try to find employers who have made legitimate mistakes in compiling their claims, because this is obviously something new that everybody had to get to grips with in a very difficult time,” said Mr Harra.

“Although we will expect employers to check their claims and repay any excess amount, what we will be focusing on is tackling abuse and fraud.”

So far, 8,000 calls have been received to HMRC’s fraud telephone hotline. HMRC is now looking into 27,000 “high risk” cases where they believe a serious error has been made in the amount an employer has claimed, he added.

Mr Harra advised that any employee who feels that their employer may have been fraudulently claiming furlough money can report it to HMRC by filling in a form on its website.

“While we can’t get involved in any relationship between the employee and employer, we can certainly reclaim any grant that the employer is not entitled to, which includes grants they have not passed on in wages to their employees.”

This is the first time that the HMRC has spoken publicly about potential fraud affecting the Coronavirus Job Retention Scheme.

Swetha Ramachandran, investment manager at GAM Investments, said: “The speed with which they wanted to expedite this programme in order to ensure that this was available to employers, to minimise the damage that could have been caused, means there was always a likelihood that this was going to happen.

“So I don’t think it’s that surprising.”

She said other government programmes, such as the Bounce Back Loans scheme or the Coronavirus Business Interruption Loans scheme, might suffer from similar problems.

“That won’t probably emerge for a few months,” she added.

In July, centre-right think tank Policy Exchange warned that fraud and error could cost the government between £1.3bn and £7.9bn.

The think tank said the government’s financial rescue scheme were vulnerable to scams because of the size of the packages and the speed at which measures were rushed through to save people and businesses from economic ruin.

The calculation is based on expected fraud rates for government expenditure from the Cabinet Office and the Department for Work and Pensions.

The report said the true value lost to fraud may be closer to the higher end of the estimate “due to the higher than usual levels of fraud that accompany disaster management”.

It said: “This is a serious squandering of public finances and properly resourced post event assurance will be required to reassure the public that every possible step has been taken to reduce this level of fraud.”

At the time, a government spokesman said it was committed to “extensive post payment reviews of stimulus and support payments, to find fraud and recover money for the taxpayer”.