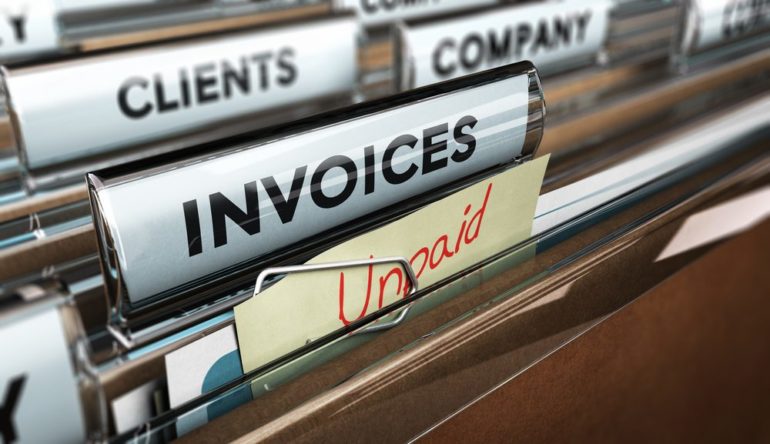 Research find that businesses are being forced into making redundancies and unable to pay salaries due to late payment of invoices.

The research highlighted the consequences of late invoice payments, with businesses being forced to take action to protect cash flows. Responding to the problem companies said they would have to take the following steps: making redundancies, stopping planned investments, being unable to pay salaries and significantly reducing innovation spend.

A key finding of the report is that 40 per cent of British businesses said they have received a late payment in the last month, a trend which could undermine job creation.

Such a high volume of late payments is significantly worrying when 57,960 businesses each year, 23 per cent of the total number of business deaths – is currently caused by late payments.

The consequences of late payment culture were also exposed with 32 per cent of businesses saying they would feel a significant impact if their biggest customer did not pay an invoice for 90 days, a relatively common occurrence.

In devastating news for the UK’s thriving businesses community, the research discovered that 63 per cent of medium sized businesses (50-249 employees) receive late payments at least once every month, compared to 40 per cent of small businesses, dispelling the myth that smaller companies are often worst hit.

Emma Maslen, Senior Regional Director for Enterprise at Concur, explains this issue: “As Britain builds its digital future, it’s shocking that so many medium-sized businesses are the most heavily affected by late payments. This underlines the very real risk this culture poses to the viability of some of the country’s leading employers.

“Although not cash-rich, small and micro businesses have the agility and flexibility to make strategic decisions when it comes to cash flow. And of course, enterprises more often than not have a ‘cash cushion’ available to bail them out in difficult situations. But for the mid-market, they have reached a position where they need to keep salaries and expenditure consistent, meaning they lack agility, but may be operating at a relatively slim margin in comparison to bigger players. This is crucial information about the oft-forgotten middle of our economy.”

Taking into account the business size of those deaths the report shows that approximately 353,000 jobs are being lost per year, or £549m through lost taxation capital. This figure does not include the average of 130 hours, or 16 working days, spent by the typical SME chasing late payments, meaning the overall impact of late payments could be substantially higher.