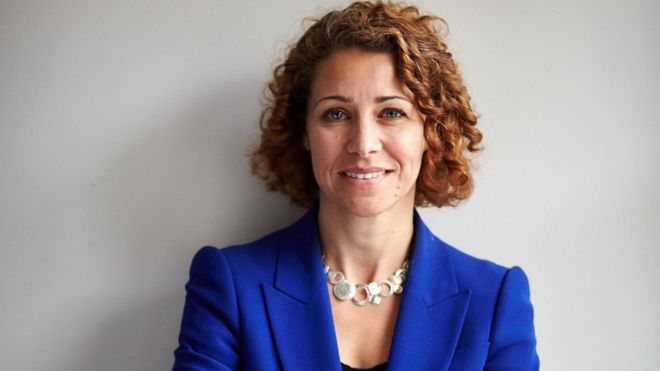 Ms Romanovitch was heavily criticised last month in an anonymous memo that claimed to represent the views of at least 15 partners or directors.

The memo raised concerns about her leadership style, the firm’s profitability and its supposedly “socialist agenda”; other partners claimed they sympathised with some of those grievances.

Erik Gordon, a professor at the University of Michigan’s Ross School of Business, said: “Ms Romanovitch is leaving with a bit more grace than the partners who ran her out.” Ms Romanovitch told the FT last month that it was “normal” for partners to disagree on strategy and that it was “deeply frustrating” that an individual or group of individuals had sent an anonymous complaint to the press.

Her decision to step down from the firm, which had positioned itself as an important challenger to its dominant Big Four rivals, came a week after Grant Thornton found itself embroiled in the accounting controversy at Patisserie Valerie.

It also follows the firm’s biggest fine from the accounting watchdog in August for “misconduct” and “serious self-interest threats” in two other audits. I am proud of what we have achieved in the market, with our people and with our clients, breaking the mould in so many ways Sacha Romanovitch Grant Thornton said her departure was unrelated to the Patisserie Valerie problems, which the UK accounting watchdog is examining “carefully”, or to the anonymous memo.

At the time in response, she told the Guardian: “A small cadre of partners will find it hard we are making decisions that will depress profits in the short term but will help profits in the long term.

“If profits get unhinged from purpose it might not hurt you now, but it will come back and bite you on the bum.”

Ms Romanovitch, who became CEO in 2015, said on Monday: “I am proud of what we have achieved in the market, with our people and with our clients, breaking the mould in so many ways. “As we enter the next phase of our plans, following discussions with Grant Thornton’s board, we have agreed that the time is right for a new CEO to take the firm forward.” Ms Romanovitch has been a vocal force in the accounting industry since she became chief executive.

In February, the firm chose to stop pitching for audit work from FTSE 350 businesses, claiming it was impossible to compete against the Big Four. The decision — which sent shockwaves across the market — sparked calls for a review of the structure of the industry, which is now under way by the UK competition watchdog.

She also encouraged Grant Thornton to speak out on issues including mental health in the workplace and social mobility; capped her own pay; and adopted a new bonus system that meant all employees are entitled to a share of its profits, rather than just partners. Ms Romanovitch’s focus on the firm’s “social purpose” rankled some partners, who claimed that profits had been sacrificed in the pursuit of an altruistic marketing message.

The firm’s profits before tax fell 12 per cent to £72m in the 12 months after Ms Romanovitch took over. Profits rose 8 per cent to £78m in the following year, which ended in June 2017. This year’s results were expected to be released in October but will now be delayed until November.

The 50-year-old Ms Romanovitch’s decision to exit the firm will leave the UK accounting market led by men. Each of the big four — EY, Deloitte, KPMG and PwC — is run by a man, as is BDO, the UK’s sixth-largest accounting firm.