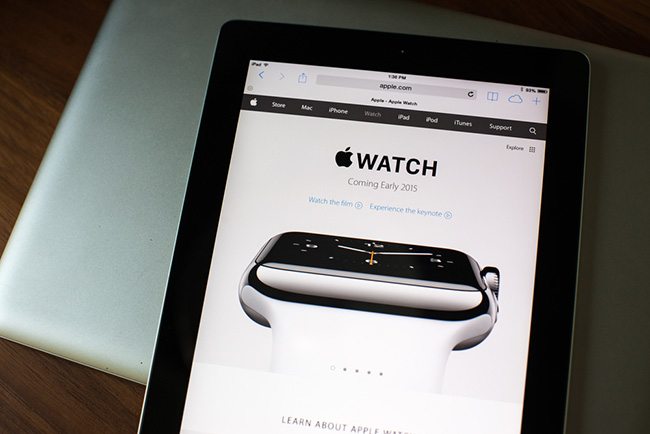 Businesses in the UK are unprepared to deal with the security risks posed by employees who embrace a new age of ‘Wear Your Own Device’ (WYOD), according to research conducted on behalf of Accellion, Inc.

The study, which was conducted by Vanson Bourne, surveyed IT decision makers from 100 organisations with more than 1,000 employees in the UK. It found that less than half of enterprises in this country currently have a ‘Bring Your Own Device’ (BYOD) policy in place that can be extended to cover wearable devices.

The research also revealed that a staggering 77 per cent of respondents do not currently consider wearable technology as part of their broader mobile security strategy, with 53 per cent admitting that they had yet to consider the impact that wearable technology could have on data security within their organisation. This is despite the fact that a whopping 81 per cent admitted that an increase in the number of wearable devices in the workplace could pose a security risk.

Interestingly, 37 per cent of IT decision makers told the survey that they did not see any need to embrace WYOD at all. This is at odds with the fact that 61 per cent said that they already had employees currently using wearable devices within their organisation, with 62 per cent stating that they expected to see employees bringing their own wearable devices in the next 12 months. A further 64 per cent of respondents also revealed that they felt wearable technology will play a role in helping employees to be more productive in the workplace over the next 2-3 years.

Paula Skokowski, CMO at Accellion, said: “With the anticipated launch of various new wearable devices in 2015, the age of WYOD is upon us. Enterprises need to wake up to the security threats posed when employees use these new wearable devices to access confidential work-related information. Although UK enterprises are beginning to come to terms with the need to securely enable the use of smartphones and tablets by the workforce, the next challenge is to ensure that wearables are given the same attention. ”

When asked what they expected to be the most popular wearable devices and applications in the workplace in the next 12 months, respondents to the Vanson Bourne study also said that:
The Apple Watch is expected to be the most popular wearable device in the workplace over the coming 12 months with 41 per cent of all respondents said that they expected to see Apple’s new device in their organisation in 2015, compared to just 36 per cent opting for Google Glass

The next most popular wearable devices in the workplace are expected to be the Sony Smartwatch, the Samsung Gear 2 Neo and the Pebble or Pebble Steel.

Email is expected to be the most popular application to be used by employees on wearable devices in the coming year, followed closely by social media apps

Internet browsing and document review via Word, Powerpoint or Excel, have the greatest appeal to employees with 10 per cent of respondents interested in each, while only 6 per cent expecting telephone calls on wearable devices to be most appealing