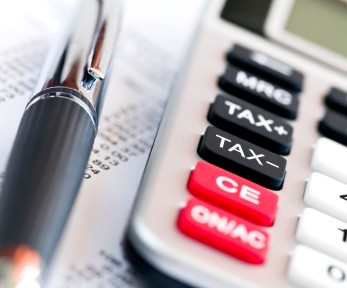 Small firms have been hit with “blue Monday” as new costs and tax reporting requirements kick in.

While some firms in England will benefit from cuts in business rates, other changes mean additional costs.

These include new rules on accounting under the Make Tax Digital programme and auto-enrolment pension costs.

“This truly is blue Monday for small business owners” and it comes at a time when confidence is already low, said the FSB small firms’ trade body.

From 1 April, there is some relief for small retailers, pubs and restaurants who will share cuts in their business rate bills worth about £500m.

In last year’s Autumn Budget, the government announced a business rates discount scheme for small-sized High Street properties in England which have a rateable value below £51,000.

Small firms will receive a one-third discount on their rates bills from Monday for the next two years.

The average restaurant will receive a discount of £7,212, as a result of the new retail discount with councils in England setting aside £502m this financial year to cover the cost.

But it is not all good news for companies, with local authorities in England expected to receive £25bn in business rates overall during 2019-20 – an increase of £206m.

“The help won from government to support those hurt most by the 2017 revaluation is now falling away, leaving many small businesses with a 20% hike to their bills, plus an inflation-linked increase.”

HMRC is forcing VAT-registered businesses to comply with the initiative. The FSB said the software required to meet MTD obligations was set to cost small firms £564 each on average.

However, HMRC took issue with the FSB’s figures, saying the programme would affect 1.2 million businesses, not two million, while the cost to them would be lower.

An HMRC spokesperson said: “The official impact assessment estimated that the average cost to transition will be £109 and then £31 per year on average, but some providers are offering free software.

“These estimated costs don’t consider the wider benefits that businesses will see through improved record keeping, better business management and a streamlined, digital experience, nor the fact that most businesses will be able to claim their software costs against their tax.”

More than a million small employers are also grappling with a further increase in auto-enrolment pension contributions to 3% from Saturday.

Mr Cherry said: “Though small business owners are absolutely committed to helping employees save, auto-enrolment has already cost them significant amounts of time and money. When the 3% rate hits, the costs will be greater still.”

The government should rule out any further increases to the minimum auto-enrolment contribution rate for employers, he added.

Mr Cherry said: “For the first time since 2010, we saw a contraction in the size of the UK business community last year.

“All ministers and policymakers need to take note, and avoid bringing in new measures that would exacerbate this loss in 2019.”