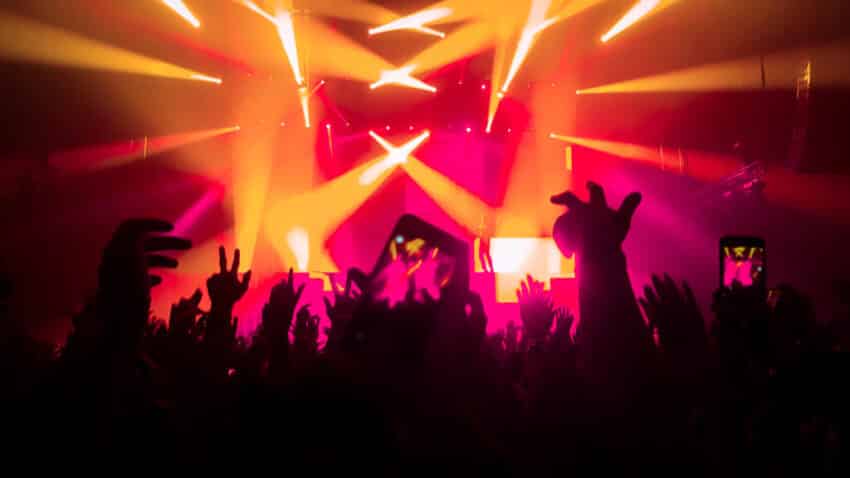 Dancing in face masks, temperature checks at the door and bouncers patrolling the dancefloor to enforce social distancing could be the future of clubbing during a pandemic, according to plans put forward by venues desperate to reopen.

Nightclub owners have warned they face imminent “financial armageddon”, putting more than 750,000 jobs at risk, unless the government provides them with support or greater certainty about when they can reopen.

While ministers have so far refused to allow late-night venues to reopen, a group of them has drawn up plans that they say would reduce the risk of Covid-19 transmission to the “lowest practicable level”.

Proposals written by the Institute of Occupational Medicine for the nightclub industry include ID scans for clubbers to assist with test and trace, and thermal monitoring to measure their temperature.

“Use of face coverings on the dancefloor can be implemented and enforced through existing security staff and protocols,” the report adds.

The plans, in a report commissioned by nightclubs, late-night bars and music venues, also envisage security staff regulating the number of people on the dancefloor at any one time and enforcing physical distancing requirements.

The industry pointed out that some of its venues are larger than pubs, restaurants and other venues that have been allowed to open, while they often recycle air more frequently with powerful mechanical ventilation systems.

They also pledged more intense and frequent cleaning regimes, meaning sticky dancefloors could become a thing of the past.

The report, coordinated by the Night-Time Industries Association (NTIA), claims that closely monitored clubbing would be safer than unlicensed events where Covid-19 protocols are not in place.

“Bearing in mind the behaviour we are witnessing in unregulated environments such as beaches, parks and raves, there is a strong argument to permit clubs to reopen, albeit under strict controls flowing from government guidance and individual risk assessments informed by other sectors,” it said.

The industry warned that the growing number of illegal raves that have sprung up during the pandemic “put those who attend them in danger, waste precious emergency services time and contribute to regional outbreaks of Covid-19”.

Nightclub operators are “verging on insolvency”, the NTIA said, and many will not survive without some form of controlled reopening.

Peter Marks, the chief executive of Deltic Group, the UK’s largest operator of late-night bars and clubs, said: “The late-night leisure sector, a sector which employs tens of thousands across the UK, is at risk of collapse if the government does not act now – it is that simple.

“Despite the government’s furlough scheme continuing until the end of October, we will see the loss of a third of jobs across the sector by the end of September, the majority of which are young adults.

“We need a clear reopening plan, or at the very least fit-for-purpose financial assistance.”