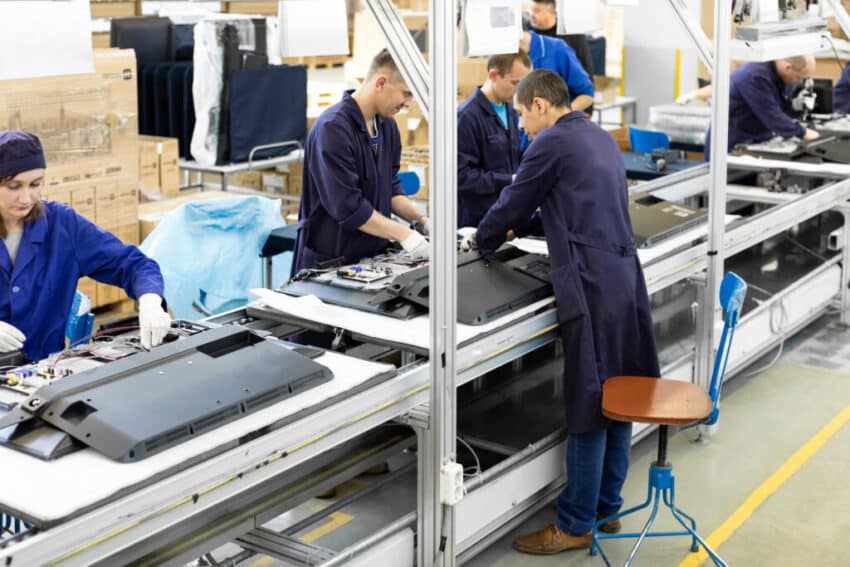 Factory output grew this month at the fastest rate since December 2018 to record the first large increase in UK manufacturing production in almost two years.

Chemicals producers, electronic engineering firms and metal factories reported the strongest growth, with output up in 12 of 17 subsectors, according to the CBI’s monthly industrial trends survey.

Manufacturers were upbeat, predicting output would accelerate further in the next three months, driven by an increase in demand from customers. Orders grew at the fastest rate in three and a half years.

Total order books hit their highest level since December 2017 and were reported to be “above normal” for the first time since February 2019.

Howard Archer, the chief economic adviser to the EY Item Club, said: “The CBI survey was healthy, and supported the view that the economy is heading towards a robust second-quarter rebound as it benefits from the easing of restrictions.”

However, the survey, based on responses from 272 manufacturers, found that factory bosses were also facing higher commodity costs, with supply chains struggling to cope with rising demand, which meant more expected to raise their prices.

“Continued progress on the government’s reopening roadmap is hugely welcome, and gives cause for optimism. But manufacturers need clarity on future social distancing requirements and the future of workplace testing to smooth the route to recovery,.”

Some analysts said manufacturers were only now getting back on their feet after spending 2019 waiting for the outcome of Brexit talks and 2020 dealing with the effects of the pandemic, leaving them in a weaker position than foreign rivals.

Samuel Tombs, the chief UK economist at Pantheon Macroeconomics, said export orders were lagging behind domestic demand, even though world trade was recovering. “Orders would be even stronger, were it not for Brexit; the export orders balance merely matched its 2000-to-2019 average, despite soaring global demand,” he added.

Tombs said supply shortages were likely to have encouraged customers to “over-order” to build their stocks in case a severe lack of goods hits their business.