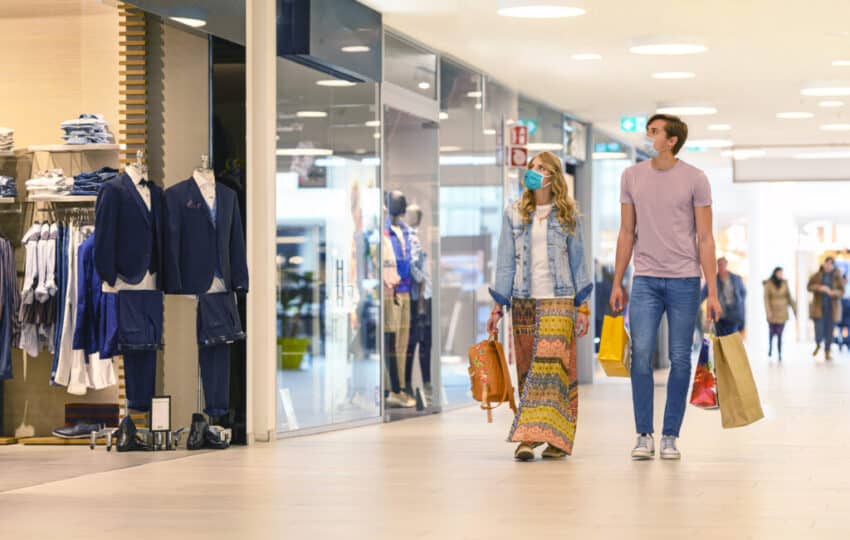 Britain is on course for its strongest year of economic growth since the Second World War as households spend their lockdown savings and businesses step up investment, the Bank of England has said.

After contracting by 9.8 per cent in the worst recession since 1709 last year, growth will bounce back to 7.25 per cent this year. GDP is expected to be at pre-crisis levels by December, faster than forecasts for much of Europe.

Three months ago the Bank was forecasting growth of 5 per cent and for the economy to take three months longer to recover output lost in the pandemic.

The sharp upgrade was driven by the success of the vaccine programme, pent-up demand among households and budget measures that protected jobs and encouraged companies to invest, it reported.

Households are estimated to have tucked away more than £200 billion of lockdown savings, up from £125 billion last November, Ben Broadbent, the Bank’s deputy governor, said. About 10 per cent of those will be spent, the analysis showed, double the amount previously thought.

Unemployment will peak at 5.5 per cent, down from its forecast of 7.75 per cent three months ago, thanks to the decision in the budget to extend furlough from April to September. On the Bank’s outlook, the furlough extension has saved around 750,000 jobs.

In an overwhelmingly positive set of forecasts it added that long-term damage from the pandemic will also be less severe. Three months ago, it thought the permanent damage to the economy would be 1.75 per cent of GDP. Now it puts it at 1.25 per cent.

The lockdown since January has also proved less severe than expected, with the Bank now predicting a contraction of 1.5 per cent in the first quarter compared with its February warning of 4 per cent. Andrew Bailey, the governor, said: “The impact of restrictions on activity appears to have been smaller than anticipated, as households and companies have adapted to this environment.”

The growth forecast for this year will be the fastest expansion since 1941 when the country was rearming during the war. “UK GDP recovers strongly over 2021,” Bailey said. “Overall, the level of UK GDP is higher than in the February projection over the entire forecast period.”

However, with inflation fears lurking, the governor was careful not to raise expectations too much. Markets are forecasting an increase in interest rates from 0.1 per cent to 0.35 per cent by the end of 2022 on the back of stronger growth, driving inflation up to 2.5 per cent, but Bailey urged people not to “over-interpret” the signal.“Let’s not get carried away,” he said. “[The recovery] takes us back by the end of this year to the level of output that we had at the end of 2019. So that is good news in the context of where we’ve been, but another way of expressing that is that two years of output growth have been lost to date.”

Inflation is expected later to settle back down to about 2 per cent. Bailey said: “The key judgment for people obviously is, ‘Will it persist?’ . . . and our judgment at the moment, as the forecast sets out, is that we don’t see that happening, we don’t see that there is any good line of argument which says those base effects are going to translate into embedded inflation.”

Sandra Horsfield, UK economist at Investec, said that the forecasts were “a hefty upward revision” and “prospects are now deemed to be brighter in light of the improving Covid picture thanks to vaccinations”.

Recruitment activity is rebounding at the fastest pace in 23 years as employers respond to the brighter outlook. According to the monthly Report on Jobs by KPMG and the Recruitment and Employment Confederation, permanent hires rose in April at the fastest rate since records began in 1997 and advertised vacancies grew more rapidly than at any point since 1998.

Adding to the optimism, the services sector expanded at its fastest pace in more than seven years last month as shops, restaurants and pubs reopened after months of closure.

Tim Moore, economics director at IHS Markit, which carried out the research, said: “If the rebound . . . continues along its recent trajectory during the rest of the second quarter, services sector output growth looks very likely to surpass the survey-record high back in April 1997.”

Rising inflation and the pace of Britain’s recovery appear to have ended the chance of negative interest rates. In February markets were priced for a cut from the present 0.1 per cent.