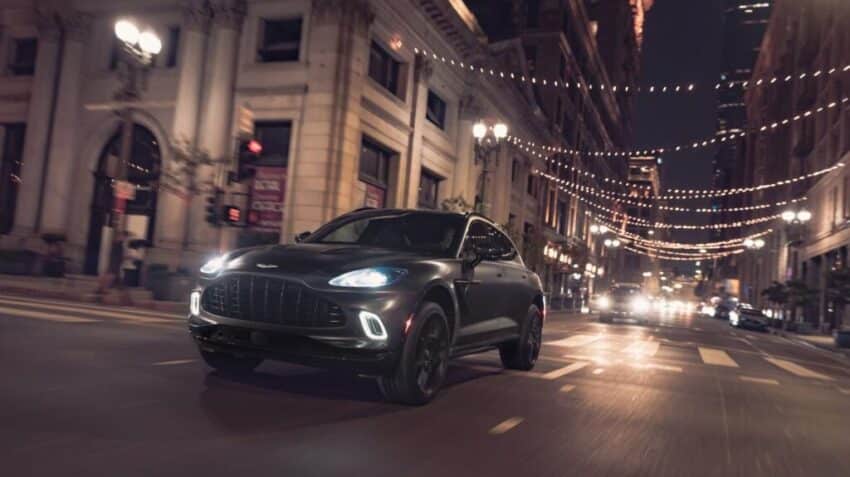 The saviour of Aston Martin — not Lawrence Stroll, the Canadian tycoon, and his friends, who have ploughed hundreds of millions of pounds into the carmaker, but the marque’s long-awaited DBX 4×4 — has hit the road running.

Sales of 746 Aston Martin DBXs in the first quarter of the year accounted for more than half the group’s production, helping sales and revenues to more than double.

However, the business, whose main production facility is at Gaydon in Warwickshire, remains lossmaking and heavily in debt.

Aston has pinned its hopes of becoming a sustainable business producing more than 10,000 vehicles a year squarely on the DBX, which was launched last year and is its first sports utility vehicle. The car, built at a converted aircraft hangar near Cardiff airport, helped Aston Martin Lagonda to report total deliveries to dealers in the quarter of 1,353, compared with 578 in the same period last year. That sent revenues up to £224 million, against £88 million last time.

The business is still living beyond its means, but its reported pre-tax losses of £42 million were less than the £110 million clocked up this time last year. Despite multiple refinancings, cash injections and bond issues, the company is still £722 million in debt.

Stroll, 61, now Aston’s largest shareholder and its executive chairman, said that “we are most definitely out of the woods” and that the company had “ticked every box we said we would”.

That means Aston is holding to its targets for the year of 6,000 vehicles, on which it might hope to bring in revenues of about £1 billion and operating profits before accounting, interest and tax charges of about £150 million. That should be helped by the production of “specials”, hypercars such as the gas-guzzling, 6.5-litre, V12-engined, £2 million-plus Valkyrie.

This would put Aston on target for having, by 2024 or 2025, 10,000 annual sales, revenues of £2 billion and underlying margins of 25 per cent, rather than this year’s 15 per cent goal, for profits of £500 million a year. By that time the company should be in production of mid-engine two-seaters to take on the likes of Ferrari and McLaren.

Tobias Moers, the German executive brought in from Daimler/Mercedes-Benz to become Aston’s chief executive, confirmed that the first plug-in Aston Martin sports cars, as well as zero-emission DBXs, would be on the market in 2023 and that the first fully electric vehicles would follow in 2025.

While rivals such as Porsche have already made a big leap into electrified cars, Aston said that it was not seeing immediate demand from its customers. It said that it would produce a so-called mild hybrid DBX (not a true electric vehicle so much as one using a fuel-saving device) from the autumn.

Stroll, already an investor in Formula One motor racing, has taken Aston Martin back to the grand prix grid for the first time since 1960. As a marketing tool, he said that the social media response had been large.

As a small producer of cars, the company said that it has not been affected by the semiconductor shortages that have been afflicting the rest of the motor industry.

The performance on the track, where one of the cars is driven by Lance Stroll, the boss’s son, has been mixed. Stroll Sr said that “we are not worrying about being competitive”, but he expects to get a podium finish this year and “next year several”.