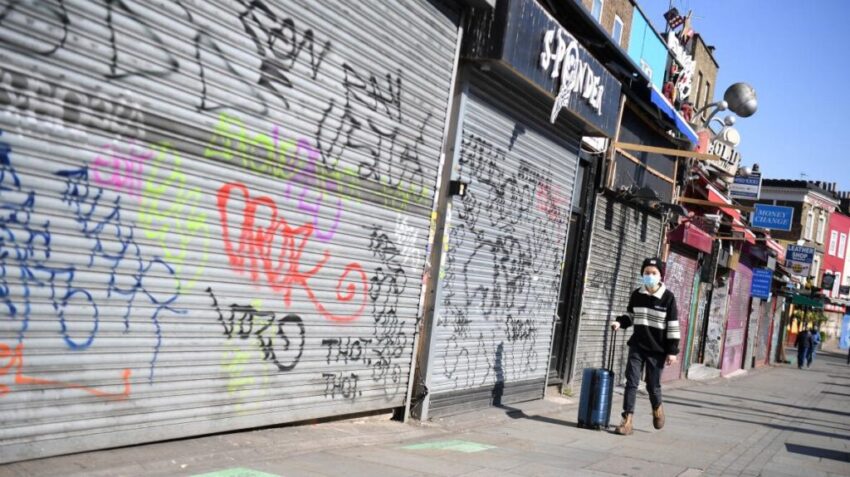 Britain’s economy will shrink by 8 per cent this year but it should rebound faster than initially expected, according to the EY Item Club.

After official figures released last week showed that the economy shrank at its fastest pace on record in April, the forecasting body downgraded its predictions for the year from a previous estimate of a 6.8 per cent contraction.

It said that “the gloomier forecast figures reflect a poor economic performance in April due to the lockdown and deeper than expected contraction in quarter one”. The economy shrank by 20.4 per cent in April, the first full month of lockdown. The contraction was by far the sharpest on record and almost four times as large as the 5.8 per cent drop recorded in March.

Government measures including income protection schemes and loan guarantees for businesses should support consumer spending and growth but businesses are calling for even more help.

Make UK, the manufacturing trade body, said that the sector needed another “shot in the arm” after a closely watched survey showed that output slumped to -56 per cent in the second quarter. The survey, produced with the accountants BDO, found that domestic and international orders fell to -52 per cent, in levels comparable with the worst of the financial crisis a decade ago. Prospects over the coming months “appear little better”, it said.

The findings prompted calls for an “immediate stimulus package” as part of a nationwide recovery plan to reduce further redundancies. Rolls-Royce, one of Britain’s largest manufacturers, announced more than 9,000 cuts — almost a fifth of its 52,000-strong global workforce — last month.

Policymakers are bracing for a substantial rise in joblessness when official figures for April are published tomorrow. The unemployment rate is expected to hit 5 per cent but this is likely to climb even higher when the Treasury’s job retention scheme is wound down in the autumn.

Although the immediate outlook for the economy has deteriorated, analysts at EY said that output would bounce back faster than initially thought. GDP will grow by 5.6 per cent in 2021, it estimates, up from a previous forecast of 4.5 per cent, but the economy is unlikely to fully recover until 2023.

Howard Archer, chief economic advisor to the EY Item Club, said: “After a challenging first half, our forecast shows that the UK economy is expected to start to recover in quarter three 2020 on the assumption that the government continues to gradually relax lockdown restrictions.”