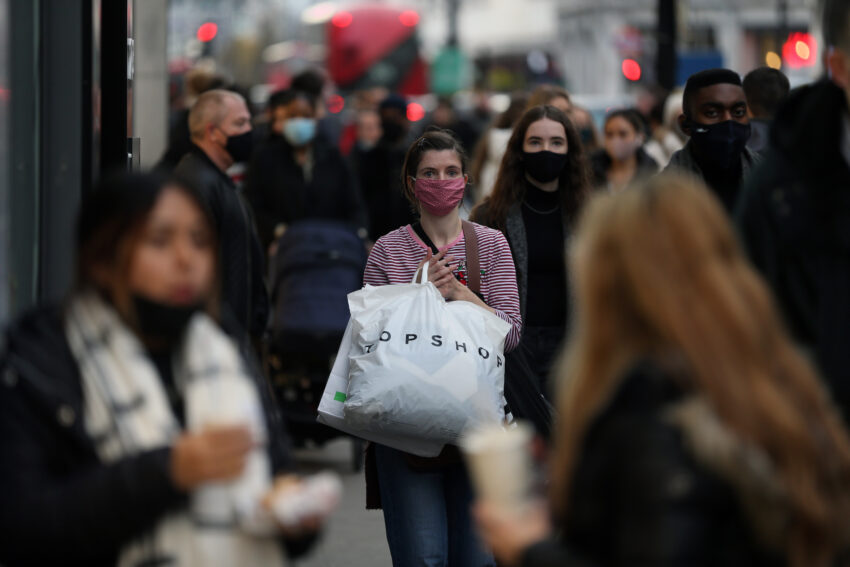 The government borrowed £22.8 billion last month, the second highest June total on record, as a sharp increase in debt interest costs offset falls in spending on emergency support in the pandemic.

Official figures from the Office for National Statistics showed that borrowing continues to come in lower than forecast in the March budget as the economy recovers more quickly than expected.

For the first three months of the financial year, borrowing was £69.5 billion, £18.9 billion lower than the Office for Budget Responsibility forecast and £49.8 billion lower than last year’s peacetime high, but still the second highest since records began in 1993. For June alone, the undershoot against the OBR forecast was £3.5 billion.

The improvement was driven by better VAT, fuel duty, corporation and income tax receipts as business activity and employment picked up. For the first three months of the year, tax receipts were £24 billion higher than in 2020. Spending was £24 billion lower, £23.5 billion of which was due to reduced furlough and self-employed support as people returned to work.

However, the cost of servicing the government’s debt jumped by £6 billion in June to its highest monthly level on record due to the impact of inflation on the £471 billion portfolio of index-linked gilts.

For June alone, debt servicing was £8.7 billion, the most since records began in 1997, “as a result of the large increase in the [retail prices index of inflation] between March and April impacting on the uplift of the three-month lagged index-linked gilts”, the ONS said.

RPI, which is used to uprate index-linked gilts, rose from 1.5 per cent to 2.9 per cent between March and April. The cost of servicing the index-linked portfolio will only rise in the months ahead as RPI increased to 3.9 per cent in June and is expected to climb further. For the first three months of the year, debt interest costs rose by £6.6 billion to £17.9 billion — almost all of which came in June.

Rishi Sunak, the chancellor, said: “I’m proud of the unprecedented package of support we put in place to protect jobs and help thousands of businesses survive the pandemic, and that we are continuing to support those who need it.

“However, it’s also right that we ensure debt remains under control in the medium term, and that’s why I made some tough choices at the last budget to put the public finances on a sustainable path.”

The chancellor has already trimmed £4 billion from the aid budget and is asking departments to find a total of £14.5 billion of savings in the spending review. The Institute for Fiscal Studies has said the public finances are so tight, he will need to raise taxes or cut other spending to pay for any giveaways.

The borrowing figures were flattered a little by the way the ONS times scheduled payments to the European Union. For June, it recorded a £2 billion saving on the monthly EU budget contributions compared with last year, when the UK was still in the transition period, and an £800 million payment under the withdrawal agreement.

Samuel Tombs, UK economist at Pantheon Macroeconomics, said: “The higher path for economic activity meant that receipts came in at £62.2 billion in June, well above the OBR’s £57.7 billion forecast. But expenditure of £84.1 billion was only a smidgen below the OBR’s £84.9 billion expectation.

“This partly reflects the ONS’s decision to ascribe EU divorce payments evenly across the fiscal year, as opposed to two lump sums in April and September, as the OBR expected. In addition, the recent upturn in RPI meant that interest payments in June overshot the OBR’s forecast.”

Borrowing would drop to £175 billion this year, from £298 billion in 2020/21, should it continue to undershoot the OBR forecasts by around 25 per cent, he added. “However, some of the undershoot has reflected the lower-than-expected cost of furlough and self-employment support, which will be wound up at the end of the third quarter.

“In addition, the looming further rise in RPI inflation will boost interest payments towards the back end of this fiscal year.”

He expects borrowing of “between £200 billion and £210 billion”, still below the OBR’s official forecast for £234 billion.