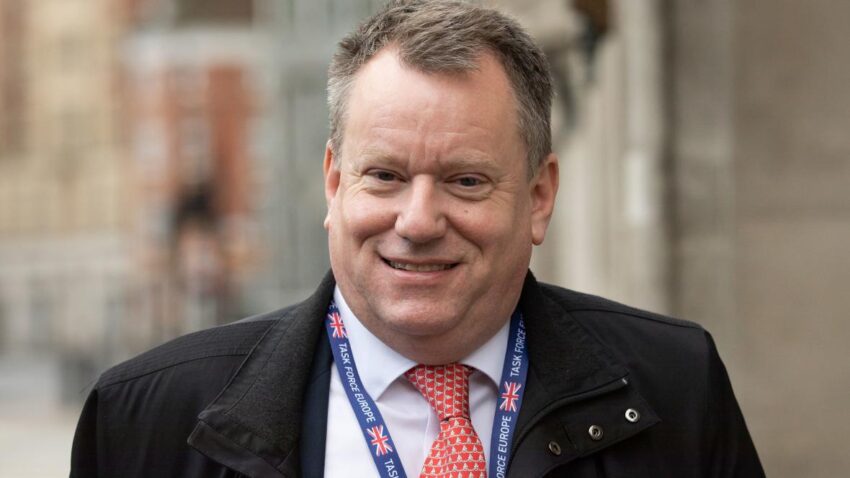 The government is expected to warn the EU it is prepared to override the Northern Ireland protocol if Brussels does not agree to make significant concessions and simplify the agreement.

Lord Frost, the Brexit minister, who is due to give a statement to peers today, will outline a strategy that seeks to eliminate most checks on goods travelling between Britain and Northern Ireland.

It comes after businesses raised concerns about the practical difficulties of moving food from the UK to the country under the terms of the protocol.

Marks & Spencer today warned some products would be excluded from Northern Ireland’s shelves this Christmas due to problems with the post-Brexit agreement.

Archie Norman, the supermarket’s chairman, told BBC Radio 4’s Today programme the protocol would cause “gaps on the shelves” this Christmas because with certain products “it’s simply not worth the risk of trying to get it through”.

Norman said that M&S had had to give up exporting half of its sandwich range to the Republic of Ireland because of EU customs arrangements. The supermarket has employed 14 full-time vets “simply ticking boxes and filling out forms” in order to certify its products in the country, he added.

Norman, a former Conservative MP, said if the same regime of customs rules was imposed in Northern Ireland after a post-Brexit “grace period” at the end of September, it would be “incendiary” for the public there.

Frost has told parliament’s European scrutiny committee that the only way to make the protocol work was to “hugely reduce or eliminate the barriers” that have effectively created a border down the Irish Sea since it came into force in January.

The Conservative peer will now push for an “honesty box” approach to allow UK companies that declare their goods are only destined for sale and use in Northern Ireland to skip border checks, according to the Financial Times.

Thomas Byrne, Ireland’s European affairs minister, insisted a post-Brexit solution on Northern Ireland must be found within the confines of the existing agreement on the region.

Asked about an “honesty box” approach, he told the Today programme: “We’re going to listen carefully to what the British government have to say.

”We’re willing to discuss any creative solutions within the confines of the protocol but we have to recognise as well that Britain decided itself to leave the single market of the European Union, to apply trade rules, to apply red tape to its goods that are leaving Britain, to goods that are coming into Britain.“

The protocol was negotiated as part of Britain’s divorce from Brussels to avoid a hard border with Ireland, by effectively keeping Northern Ireland in the EU’s single market for goods.

But the introduction of checks on goods crossing the Irish Sea has angered unionists, who have protested against it in recent months, arguing the Brexit terms have weakened Northern Ireland’s links with the rest of the UK.