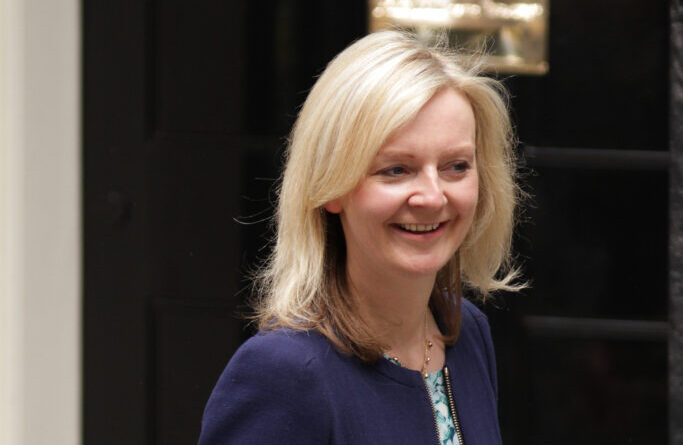 Britain has upped the ante with the US over the terms of a trade deal by pushing for a ban on lamb and haggis imports to be lifted and warning that threats to slap tariffs on gin could derail talks.

Liz Truss, the international trade secretary, criticised “unfair” trade barriers for exporters to the US and cautioned that further duties on spirits “would be hugely problematic in terms of our trade negotiations progressing”.

Speaking as the third round of transatlantic discussions began, Ms Truss also signalled that Whitehall was not chasing cheaper imports on supermarket shelves, insisting that food in the UK was already “very competitively-priced”. The chairman of the government’s new trade and agriculture commission, who was speaking alongside Ms Truss, ruled out the prospect of chlorinated chicken being sold in the UK as part of a deal.

The comments raise the prospect of the talks stalling as soon as next month — just three months after their long-awaited launch — if President Trump moves forward with a threatened escalation in a long-running dispute over subsidies for Airbus and Boeing. Mr Trump has proposed raising $7.5 billion from increasing tariffs on a host of goods exported by Europe to the US, including beer, biscuits, gin and Scottish whisky.

Ms Truss listed several restrictions which she wants repealed. She cited British lamb — banned in the US for more than two decades following the initial outbreak of BSE, the neurodegenerative disease — and haggis, which is currently shut out by a long-standing ban on products including sheep’s lung.

“But there will be other product areas where we’re seeking the removal of unfair treatment,” Ms Truss said. “The other point I would make is the unfair tariffs that are being levied on our whisky industry and are also threatened on our gin industry, as well as the unfair tariffs on our steel. Those are all things that we want to see removed as soon as possible.

“I’ve been very clear with the Americans that if they were to put a tariff on British gin, that would be hugely problematic in terms of our trade negotiations progressing.”

Campaigners have warned that Washington will demand the removal of bans on food products such as chlorine-washed chicken and hormone-treated beef as part of any trade deal. However, the head of a new government panel designed to protect British farms after Brexit has dismissed discussion of the topic as “pretty pointless”.

Tim Smith, chairman of the trade and agriculture commission, said: “There is no prospect of chlorinated chicken or any of those other products entering the UK market. And I just can’t conceive of a way other than by legislative changes that that is even viable.

“So to keep talking about it is pretty pointless when we could be talking about the opportunities for farmers and producers, rather than this very narrow world of one type of import that isn’t going to happen anyway.”

The agriculture commission, which met virtually for the first time on Friday and will be formally launched in Whitehall today, plans to focus on consumer interests, the competitiveness of farms and agricultural standards. It will produce a report over six months, advising ministers on agricultural policies designed to boost trade while supporting domestic farmers, animal welfare and environmental standards.

Mr Smith stressed that specific food standards issues are “not our remit” as they fall under the supervision of the Food Standards Agency, which he used to lead. He said the UK has “very high standards of animal welfare” but acknowledged a “constant and evolving set of ideas” about improving conditions, which the commission is open to considering.

American officials made clear last year that they intend to “eliminate practices that unfairly decrease US market access opportunities or distort agricultural markets to the detriment of the United States” during trade talks with the UK.

Ms Truss said: “We don’t want to be in a position where farmers here are producing excellent food to a high-quality standard and those standards are undermined.”

While some supporters of a US trade deal argue that it presents Britain with the opportunity to lower import barriers, bring down prices and increase choice for consumers, she indicated that cheaper produce is not a priority.

“We already have very competitively-priced food in this country,” Ms Truss said. “We’ve got a very effective food system. And we want to make sure that continues, whilst also using the opportunity of having these free trade agreements, having our own independent trade policy, to promote our exports around the world.”