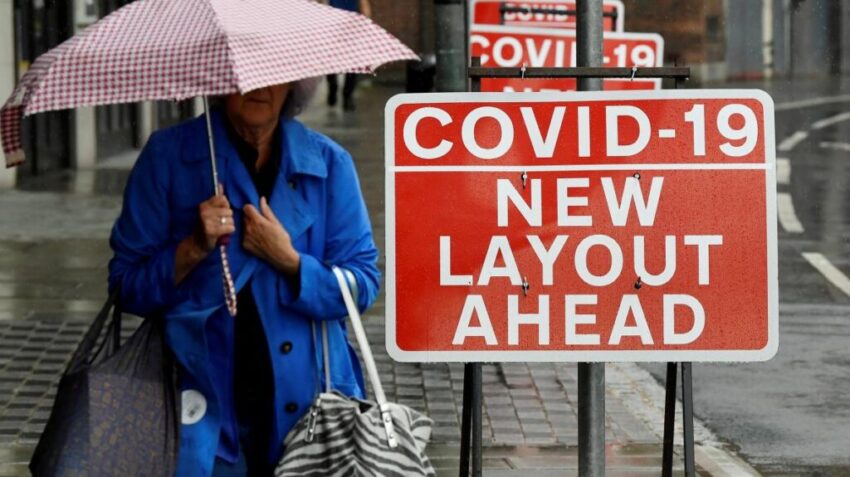 Businesses are regaining confidence in the economy but many still plan to cut back on staffing levels.

The Lloyds Bank Business Barometer found that confidence rose by 8 percentage points to -22 per cent in July, the highest since the lockdown was imposed in March.

More than half of businesses are now fully operational, with the retail and services sector enjoying a boost in confidence after restrictions on restaurants and shops were lifted.

Business activity is starting to pick up but recovery could be held back. Fears about a second spike in infections and job insecurity are weighing on consumer confidence. This is likely to discourage businesses from investing or hiring.

Economists fear that the unemployment rate could hit close to 12 per cent this year as the government’s job retention scheme is wound down in October. The Office for Budget Responsibility, says up to 20 per cent of the 9.4 million people on furlough could be made redundant. Higher unemployment will further weigh on economic demand.

Lloyds, which surveyed 1,200 companies from July 1-15, found 16 per cent plan to bring back all their furloughed employees. A further 24 per cent expect to retain more than 90 per cent.

Vacancies are also likely to remain low for some time but the sub-index for hiring intentions improved slightly by 2 percentage points to -23 per cent. Only 17 per cent of businesses expect to increase employment over the next 12 months, up one point from June, while 40 per cent expect to cut staffing levels.

Hann-Ju Ho, senior economist at Lloyds commercial banking, said: “While the results suggest the economy is starting to see improvement, economic confidence still remains in deep negative territory. How businesses will continue to respond to the job retention scheme will be key in coming months.”