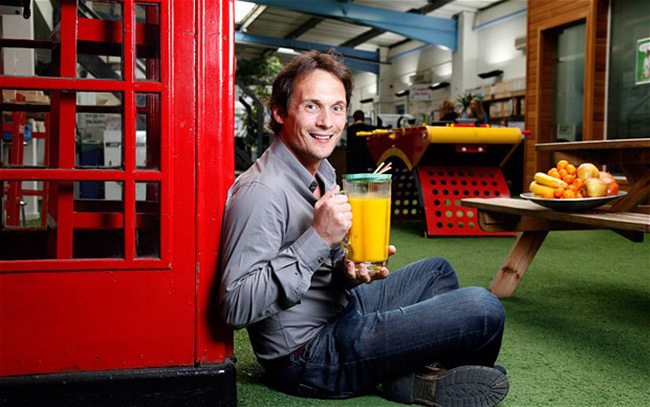 One in eight will put in over 60 hours a week in order to get their businesses up and running.
The research also highlights the financial strain business start-up owners put up with to go it alone, with nearly half stating not being able to pay themselves a regular income as their single biggest sacrifice.

Similarly, the report shows that starting up a business puts significant pressure on the family, with 10 per cent of small and medium business founders claiming spending less time with their family members as the biggest sacrifice of the start-up process.

Time-poor entrepreneurs are also finding it incredibly difficult to find any time for holidays, with 16 per cent stating lack of time off as the most challenging part of starting a business.

This figure rises to nearly one in four Scottish entrepreneurs who admitted that the personal sacrifice of time off was the biggest compromise they had to make to ensure their business was a success, compared to one in five start up owners in the South of the UK and only eight per cent of SME owners in the North.

The study also examined the biggest sacrifices for entrepreneurs across different sectors. Media and marketing entrepreneurs are hit hardest with lack of a regular income during the start-up process, with 54 per cent of business owners in the sector stating it as their largest sacrifice.

Tobias Biberbach, founder of Newcastle-based digital marketing start-up, Funnel Marketing, commented: “During the development stage of our company I definitely saw my working hours increase dramatically compared to that in my previous role. Working from home initially meant that the lines between my business and leisure time became blurred and I had to sacrifice some of the latter in order to get the firm up and running. This, combined with a lack of income stability, were two of the most challenging aspects of getting off the ground, but were certainly worth the effort to get the business where it is today.”

From a working hours perspective, interestingly, financial entrepreneurs work shorter hours, with 21 per cent saying they put in an average of over 50 hours a week, compared with nearly half in the hospitality business – the highest in any industry – and 42 per cent longer than the than the government recommended ‘35 hour workweek’.

Administrative tasks command one of the largest portions of business owners’ time, in fact, according to the report almost 200 hours a year is being spent dealing with the day-to-day running of a company.

Over one in 10 entrepreneurs estimate that they spend more than 10 hours a week on this necessary evil, equating to 21 days a year which could be used to develop their business.

One reason for these extensive working hours could be due to the trend in serial entrepreneurialism in the UK, with 15 per cent of business owners running more than one company at a time.