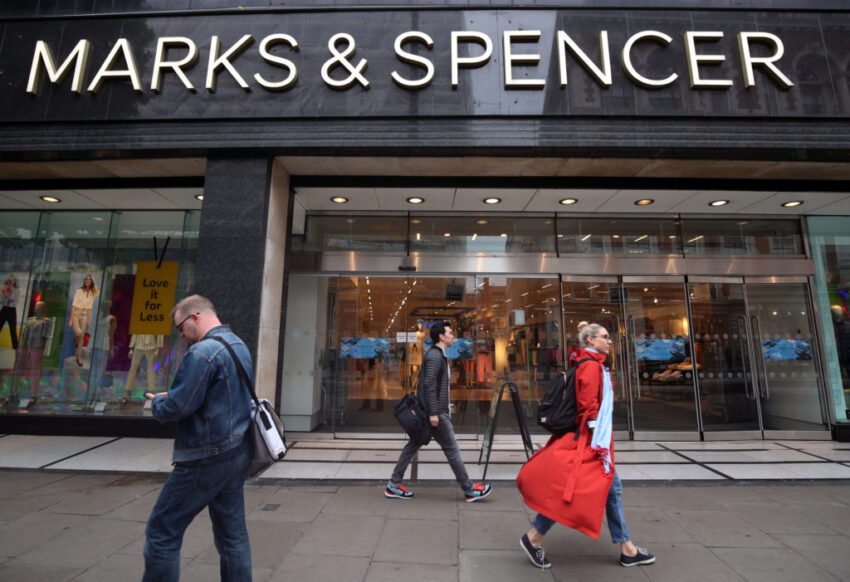 Retail heavyweights Tesco and Marks & Spencer will hit the corporate reporting dance floor next week as they become the latest high street firms to shine a light on Christmas trading.

City analysts expect M&S to post a disappointing set of third-quarter figures, with house broker Shore Capital saying that it cannot rule out a downgrade to its profit forecasts.

It is also predicting like-for-like sales will fall up to 3% at clothing and home, which includes M&S’ troubled womenswear division.

In food, Shore is also pencilling in a 3% decline in comparable sales in the three months to the end of December following a weak October and November for the UK grocery sector as a whole.

The figures, out on Thursday, will come at a time of severe upheaval at the chain.

M&S recently drafted in former Sainsbury’s boss Justin King to join the board as a non-executive as the high street firm undergoes the next phase of a drastic transformation plan under boss Steve Rowe.

Under the programme, spearheaded by Mr Rowe and chairman Archie Norman, M&S is seeking to save costs through store closures, shutting distribution centres, streamlining its corporate structure and ramping up digital operations.

George Salmon, equity analyst at Hargreaves Lansdown, said: “M&S is closing dozens of mainline stores as part of its current restructuring and that will inevitably mean total sales are lower this Christmas.

“Given the troubles affecting the wider high street and the group’s lack of a material online offer, it’ll come as no surprise to hear we’re not expecting pretty things from Marks next week.”

Conversely, Tesco is set to emerge a festive winner, with analysts at Barclays forecasting a 1.3% rise in UK like-for-like sales in the six weeks to January 5.

The bank’s retail analyst James Anstead said: “As with Morrisons and Sainsbury’s, we think Tesco should benefit over the Christmas period from the lack of weather disruption (which hit in mid December 2017) and the presence of an additional ‘full day’ of shopping.

“Tesco may also have a benefit from the fact that last year’s Christmas saw an impact … as a result of the disruption from Palmer & Harvey’s collapse.”

However, Barclays also predicts that, for the third quarter as a whole, Tesco will see comparable sales growth slip to 0.8% from 2.5% in the previous three months.

“Brexit and weather have been incremental challenges since November. The political mayhem was critical in driving a disconnect between a supportive macro context (employment levels at historical highs, disposable income growth of circa 3%) and an increasing reluctance to spend.

“Footfall challenges accelerated but the softness in spend was evident across all channels.”

Attempting to position the supermarket to meet the challenges of a rapidly changing market, chief executive Dave Lewis has forked out £3.7 billion to acquire cash-and-carry business Booker and launched Jack’s, a discount chain that will supposedly rival Aldi and Lidl.

However, it will be the decision from the Competition and Markets Authority on whether to approve the proposed merger between Sainsbury’s and Asda, due by March, that will have the biggest impact on the sector.

If given the green light, it will create a supermarket titan bigger than Tesco.

Other big retailers to report figures next week include Morrisons, Sainsbury’s, John Lewis and Debenhams.

Next, which was the first retailer out of the blocks on Thursday, cut its annual profit forecast and predicted falling earnings over the year ahead, but revealed a solid Christmas performance.