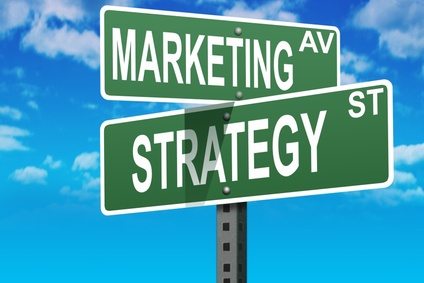 The initiative will also offer start-ups the chance to pitch and win a year’s free marketing support from a leading marketing agency.

The July 16 seminar will precede a series of workshops and online webchats held at agenciesaround the UK until July 20.

Agencies that will open their doors for the initiativeinclude iris, Draft FCB, Arc, Lowe Open, Golley Slater, Pulse and Initials. The programme of free advice is the first of its kind within the sector and will see sessions hosted on a range of subjects, from social media and design to direct and retail.

Marketing 4StartUp Britain (#marketing4sub), a partnership between The Marketing Agencies Association (MAA) and StartUp Britain, has been designed to demonstrate how marketing can help start-ups to grow in the context of record numbers of peoplesetting up a business.

In addition to Lord Young, a number of prominent speakers will offer advice and insight including:

The competition to win an agency fora year is open to entrepreneurs in a start-up that has been running less thantwo years. A shortlist of five business people will then have the opportunity to pitch to a panel of the UK’smost successful business figures to win the prize. Entrants will have just ten minutes to impress the panel with the winner being announced at the end of the day on Monday 16th July.

Last year Safetray won the services of iris for a year while runner up ROCKTAILS was given the opportunity to workwith Pulse.

Ian Millner, chairman of the MAA and joint CEO of iris said: “In spite of the political mood of the countrychanging, it is our view that still not enough is being done to materially andurgently improve the conditions for entrepreneurs in Britain. Action isneeded to help to catalyse and enable this essential group of people if we areto address any long term growth agenda. The MAA believes in activism, and that British marketing has so much to offer the evolution of the British economy.Having done a start up myself, I know how vital it is that young entrepreneursare given the advice, encouragement and inspiration necessary to get them started. ”

Emma Jones, co-founder of StartUp Britain said: “We are delighted to be working for a second year with the MAA to put on a schedule ofactivity that will help start-ups and growing businesses get their marketing spot-on. With all the events free to attend, there is a lot of valuable marketing knowledge about to enter the small business marketplace.”

Alison Grieve, Founder of Safetray said: “iris has been an expert sounding boardfor a variety of challenges that we have faced as a fast-growing start-up. Inaddition to their practical support, having Iris’ name on Safetray’s businessplan has been a huge endorsement for us – we raised funding through an equityinvestment round during the latter half of this year. I cannot emphasise enoughthe value of winning their services for a year”.

Naomi Kibble, co-founder of ROCKTAILS, which won the services of marketing agency Pulse said: “Winning the services of marketing agency for a year through Marketing4 StartUp Britain has added an immense amount of value to our business. Having a leading marketing agency working as an integral part of our team has allowed us to compete with some of the largest alcohol companies in the world. Pulse Group has challenged our thinking at every step of our consumer’sexperience. It has made us aware of not only consumers experience drinking ourproduct but everything before and after as well. We have consolidated our brandand also revised our packaging with Pulse’s help. In addition, they have developed some fantastic campaigns, which we will be rolling out over the nextyear with Sainsbury’s”.