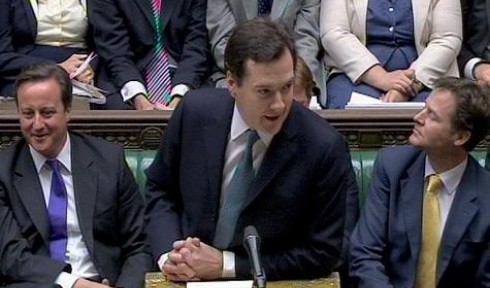 Businesses will receive at least £150m in Government funding to help them access loans and equity investments over the next four years, the Chancellor has announced.
This funding will see the small firms loan guarantee scheme, called the Enterprise Finance Guarantee, continue for four years with further monies made available to “small businesses with growth potential”, the Treasury said. This may signal further funding through the Enterprise Capital Funds scheme or even possible public involvement in the high street bank’s proposed £1.5bn Business Growth Fund.
The Government has also increased its planned Regional Growth Fund (RGF) from £1bn to £1.4bn. The money will be available for bids from the soon to be established Local Enterprise Partnerships to fund local economic development projects. It replaces the £2.4bn annual funding of the eight English regional development agencies that are located outside of London.
Charlie Mullins, founder of Pimlico Plumbers, said that this move to reinvigorate the SME sector was essential as  it has now become the UK’s fourth emergency service. “Today’s government Spending Review announcement is a 999 call to private business.
“CEOs of major corporations, one or two-man bands and the MDs of medium-sized operations like mine have the challenge to work even harder to create new business and expand the economy. This has to happen to absorb the mass of civil servant redundancies, but also continue the momentum to reduce the unemployment figures across the board.
“Over the past two years, the private sector has taken some hard decisions just to stay afload in business, decisions the public sector has been insulated against. Because of this natural process of ‘adapt or die’ that runs through the veins of the entrepreneurial sector, private businesses are in the best shape to lead the recovery.”
Vince Cable, the Business Secretary, will also have up to £200m a year by 2014 to fund an “elite network of research and development intensive technology and innovation centres”, based on Germany’s Fraunhofer institutes.
The Business Department confirmed the closure of the £1bn “Train to Gain” programme, there was good news about apprenticeships.
George Osborne announced an increase of over 50 per cent in government money for adult apprenticeships which, he says, will help 75,000 new apprentices a year.
Funding for clean technology was discussed at the Cabinet meeting ahead of the Budget, with agreement that it should remain a priority, however, the £150m Higher Education Innovation Fund, which is designed to stimulate knowledge transfer between universities and business is to be overhauled.
The government would not be drawn on whether they would make changes to the research and development tax credits, as recommended by Sir James Dyson.
The Business Department overall has to cut its budget by 25pc, made up of 40pc saving from changes to university teaching funding and an average 16pc savings from the other areas like business support.
Business Secretary, Vince Cable, said: “I am not going to say that any of these cuts are going to be easy and many people are going to feel the consequences, but without action all of us, for years to come, would pay the price. These decisions have been hard but they are necessary.”
There was good news for London as the Chancellor confirmed Crossrail and Tube upgrades will go ahead as planned.
This news prompted Dr Helen Hill, Director of Policy at the London Chamber of Commerce and Industry (LCCI) to say: “Building Crossrail and completing the Tube upgrades will boost the capital’s economy and keep London moving in the face of a rapidly growing population.”
However commenting on the spending cuts announced generally she added: “Our own research shows that over a third of London businesses bid for public sector contracts, so today’s cuts will undoubtedly be felt by companies, either directly or indirectly.  While there is not a definite consensus on how the deficit should be cut, most firms in the capital do support the government’s approach to sorting out the public finances in order to secure the UK’s long term economic viability.”