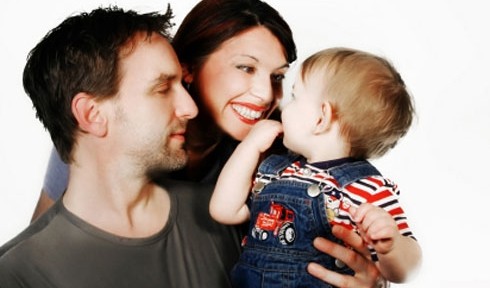 Employers are being warned to prepare for the changes in paternity leave rules being introduced next year. Designed to benefit parents, the changes will present challenges to employers that require careful preparation according to a leading employment law firm.
From 3 April 2011 the rules around parental leave will change, offering parents the opportunity to spend more time with their families.
In essence the new regime will enable parents to split up to 12 months’ leave between them. For mothers and primary adopters there will be little change to the rules, but their partners will see a drastic increase in the amount of time they can take off following the birth or adoption of a child.
According to Chris Inson of law firm Capital Law, with parents free to decide how to integrate these new rules into their lives, employers must prepare for employees of both sexes to take extended periods of time off work: “Under the current rules a mother or primary adopter may take up to 52 weeks’ leave following the birth or adoption of a child. Under the new rules, parents will now have the option of splitting the 52-week period of paid and unpaid leave.
“For many fathers the current two week of leave allowed is simply not enough and the government has made the changes in order to address the imbalance between maternity and paternity leave and to encourage shared parenting”.
The revised rules will allow eligible employees to take leave 20 weeks after the birth or adoption of the child.  If paternity leave is taken during the mother’s or primary adopter’s 39 week maternity period, the partner could be entitled to Statutory Paternity Pay, provided that the mother/primary adopter has returned to work (and is not therefore claiming Statutory Maternity/Adoption Pay).
According to Inson, employers must familiarise themselves with the changes in order to be ready to respond to requests for extended paternity leave.
“To incorporate these rules into the business, employers will need to ensure that relevant policies – such as maternity, paternity and parental leave policies – are updated during 2010. Employment contracts and policies should also be reviewed to ensure that they are in line with the changes.
Employers will also have a role to play in determining the amount of leave that employees are entitled to, explains Inson: “Employers will be responsible for verifying and calculating the leave entitlement for fathers or partners who wish to take up the new paternity leave rights, based on self-certification from the employee. Employers are also entitled to carry out additional checks to ensure the accuracy of information and that the leave is valid – such as asking for details from the mother or adopter’s employer or the child’s birth certificate.”
While the new rules may be appealing to many employees, it’s unlikely there will be a sudden rise in the amount of time father’s and partners take off work. According to Inson, only a minority of partners will want to take the full 26 weeks’ paternity leave on account of the potential pay drop that families will experience.
He warns that this must not stop employers from integrating the new rules into contracts and policies.
The new rules are expected to apply to 400,000 individuals each year but Government estimations indicate that only 4-8% of eligible fathers are likely to maximise their leave entitlement in line with the new rules.  This is thought to impact less than 1% of small businesses.
Inson concludes: “While not all fathers will take advantage of the new rules, there will be some, who will be grateful for the added flexibility.  Employers will need to be compliant with these new rules, understand how they work, how they might affect their business and what they need to do to prepare for the changes”.
For more information please contact Chris Inson by email at c.inson@capitallaw.co.uk or by telephone on 02920 474442.