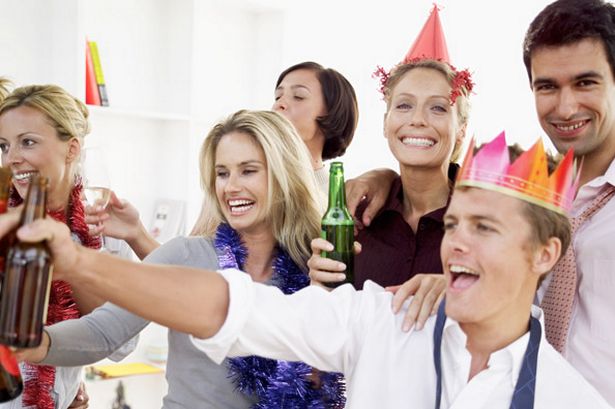 SME business bosses will be spending £593 million on staff Christmas lunch in the next month.

Whilst the average spend will be £41.13 a head, whether employees are in for a festive feast or an early Ebenezer Christmas Carol depends on where they are based and the sector they work in.

After a year when small businesses have defied the Brexit-infused market uncertainty – with around 40% of decision makers consistently predicting growing through the year – the new research from Hitachi Capital Business Finance asked SME bosses what they planned to spend per head on this year’s staff Christmas lunch.

SME chiefs in the media and financial services sectors are budgeting to spend the most. Budgeting more than £50 a head for the work Christmas lunch, this is twice as much as the sectors with the lowest planned spend – agriculture (£27.97) and education (£21.31), where festive celebrations will be more frugal. In fitting style, the hospitality sector set the benchmark, with a measured budgeted spend per head that was closest to the national average (£40).

Around the UK there were significant variations, suggesting where you lived would also have a bearing on the amount of turkey and roast potatoes you could expect from your work Christmas bash. Staff that work in London and the north west can look forward to the most lavish work Christmas lunches (£52 a head and £44 respectively), whereas bosses in the East Midlands and Wales have budgeted the least (£28 and £27).

Whilst 70 per cent will be celebrating Christmas with a staff gathering – not everyone is planning a traditional lunch. In fact 44 per cent are opting to cast aside the turkey, party hats and annoying cracker jokes and opt for something quite different.

10 per cent will be cutting to the chase and getting in a few rounds down the local pub whilst enjoying a quick lunch, 10 per cent are planning a fun day trip and closing the office, whilst – in true David Brent style – 5 per cent are opting for the cheese and pineapple sticks and a buffet in the office. A further 3 per cent are putting lunch back to New Year after the festive rush – and for 1 per cent their idea of fun is a team trip to the local McDonalds or KFC.

Gavin Wraith-Carter, Managing Director at Hitachi Capital Business Finance commented: “It’s great to see that despite all the doom and gloom of the last year, small businesses are spreading the Christmas spirit and showing appreciation for their colleagues by throwing a party for everyone to enjoy. And small businesses do have a reason to celebrate.

It is many of the UK’s smallest and youngest enterprises that have met 2017’s uncertainty with optimism and bulldog determination. Small businesses have also been crucial in job creation, as around two in five have planned growth throughout the year and to hire new staff. Our nation’s small business community has reason to celebrate with its most important asset – its people – and the spending power behind these festival celebrations, in whatever form they come, will also make a positive contribution to the economy during the final weeks of the year.”