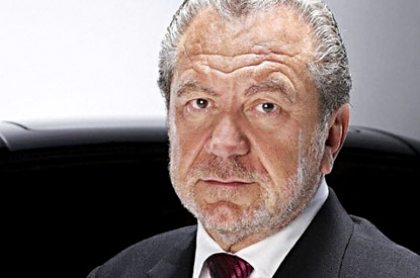 Sir Alan, a long-standing friend of the Prime Minister, today spoke out in
support of Mr Brown, describing him as “resolute”.

As Mr Brown’s position was undermined further by more resignations from his
Cabinet, the multi-millionaire businessman gave him his full backing.

“I can tell you that from what I understand he is resolute in his
position, he is going to see out the governance of the country and I think
quite rightly so,” Sir Alan told the BBC.

Reports suggest he will be rewarded for his new role with a position in the
House of Lords.

Sir Alan was seen entering Number 10 on Thursday morning but his spokesman
declined to comment on any appointment.

Some business leaders welcomed his appointment, saying he was the big hitter
needed to fight small companies’ corner. Stephen Alambritis, at the
Federation of Small Businesses, said: “We have asked the Governement
for someone to mediate between banks and small businesses.

“We hope Sir Alan will fulfill this role. He started off his career as a
small business owner so has done the journey. We look forward to working
with him.”