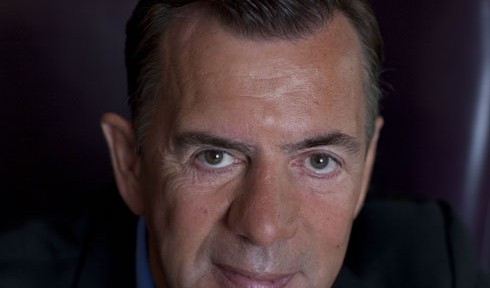 You’ve said you made a decision to be wealthy. What do you mean?
It’s a conscious decision anyone can make. Anyone can create huge wealth for themselves and for other people. It’s not difficult.

You can’t believe it’s that easy?
It is. I’ve done it and I’m thick. For Christ’s sake, Peter Jones [fellow Dragons’ Den judge] is thicker than me and he’s done it.

So how did you go from running an ice-cream company to being worth a reported £310m?
I had six ice-cream vans and we had a turnover of about £350,000 a year. Then, when the law about how we look after elderly people changed, I saw it as an opportunity to get into something more 9 to 5. So I found a plot of land that was for sale, borrowed money from the bank and built a nursing home. When it was full, I paid off all my debts, bought another plot of land and went from there. Five years later the company had £6m worth of debts and I’d signed a personal guarantee for all of it, so I floated it on the stock exchange, raised a few million pounds which I then used to live my lifestyle, and that was it. Easy.

Is it true that you don’t have a pension?
Yes, I don’t invest in stocks and shares in the normal way. I don’t believe in them. A pension is created and funded by people who live in big tower blocks in the City and transfer money from one tower block to another tower block to make themselves a bit of commission.Whose fault is it that we’re in the financial state we’re in?It’s mine, and it’s yours, and it’s the hedge fund managers’; we’ve all been greedy. We all expected to buy a house and it would go up in value the next day; we’d get a mortgage and we could sell it and buy another one. We expected all these fantastic things. We should all look at ourselves, take a bit of the blame, work together as a country, and get ourselves out of this mess.

Have you lost a lot of money recently?
No, I haven’t lost a penny. I’ve made money. My health clubs are up on last year. Most small businesses I talk to say the same thing. The credit crunch is terrible, but there are a lot of businesses that have not been affected badly.Do you really have £310m?I don’t have £310m in the bank. None of us has; we wouldn’t be entrepreneurs if we had money. That’s the value of my businesses if I sold them tomorrow. I’ve got very little cash.

Do you have any cash on you now?
No.

Do you feel guilty about how much you have? Is that why you do charity stuff?
It’s absolutely not a guilt trip and it’s absolutely not “giving back”, because I’ve never taken anything. I can help, so I help, and that’s it.

Must you be ruthless in business?
Look, I started a company by buying land that was advertised for sale. I got a contractor to build a facility at a price that he gave me. I filled it with people that wanted to use it. What is ruthless about that?

There are probably lots of them but we don’t know who they are because they’re not at the top.

Why do you think that is
Because they don’t want to be. Women are more nest-builders. Look at Anita Roddick – she was a fantastic businesswoman. She achieved a lot in her life, but she never wanted to sell her business and start a new one. Guys will sell up and start a new business and become serial entrepreneurs. Women, even when they become successful, want to keep the business and focus on it. Which is fantastic, it’s not a criticism. I’m not saying entrepreneurs are great. I’m just saying we’re different and I think it takes a bit of arrogance and a bit of something that men have got more than women.