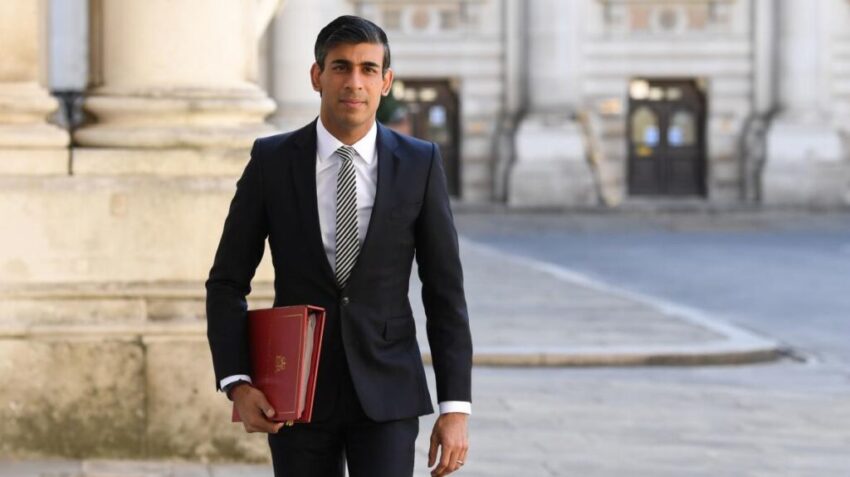 Rishi Sunak’s office at the new Treasury North building in Darlington is a far cry from the grandeur of Westminster.

That Sunak and hundreds of top civil servants will be in the five-storey office block at all owes much to the efforts of Ben Houchen, the Conservative mayor of the Tees Valley Combined Authority (TVCA) and a political ally of Boris Johnson.

Houchen, 34, is flush with government funding and making waves in the northeast, which is becoming the poster child for the levelling-up agenda. He spent £40 million on a contentious purchase of the loss-making Durham Tees Valley airport from Peel Holdings, and then successfully lobbied for low-tax freeport status on Teesside. Now he has pulled together a consortium of investors to bid for Teesport operator PD Ports — valued at £2 billion by its owner, the Canadian asset manager Brookfield. The deal would give Houchen far greater control over the development of the vast 4,500-acre freeport on the site of the old Redcar steelworks.

Houchen’s supporters hold him up as an example of what can be achieved by a go-getting politician with commercial nous. His detractors believe he is a beneficiary of pork-barrel politics taking undue risks with taxpayers’ money.

Born and bred on Teesside, Houchen qualified as a solicitor at Northumbria University before setting up sportswear brand BLK — a position he relinquished after being elected in 2017.

In 2019 he finalised the purchase of the airport, where passenger numbers had collapsed from 910,000 in 2006 to 139,000 in the year before the pandemic. The TVCA forecast it would need to spend up to £74.6 million before the airport became profitable. The pandemic later forced Houchen to sign off a £10 million bailout, funded by local taxpayers.

“Peel must have thought all their Christmases had come at once. The airport is becoming a bottomless pit of money,” said Andy McDonald, Labour MP for Middlesbrough. Houchen, who was re-elected with 73 per cent of the vote this year, said the airport had gone from two routes to 15 since being taken into public ownership

Teesside was one of eight areas designated a freeport by Sunak in this year’s budget. Companies can import and re-export goods out of freeports tax-free, providing they don’t travel into the rest of the UK.

The idea is to use those tax breaks to attract investment to deprived areas. Trade experts, though, are sceptical of the benefits. Sam Lowe at the Centre for European Reform said freeports merely shift economic activity round the country.

Their usefulness was also in question when it emerged that post-Brexit trade agreements with 23 countries contained clauses meaning firms in freeports would be liable for tariffs when exporting to those countries.

That didn’t stop General Electric from committing to a plant in the Teesside freeport that will produce blades for wind turbines in the North Sea. Houchen believes freeport status will create 32,000 jobs in the northeast, many in green energy.

“Freeports reassure investors that these areas are going to be stable long into the future. On Teesside, it really feels like there is the beginning of a critical mass and a sense of momentum,” said Chris Grigg, chairman of the UK Infrastructure Bank.

However, the Institute of Chartered Accountants in England and Wales said last week that many businesses were unable to commit to freeports because the government had failed to provide specific details on the tax and customs regimes.

Steve Rotheram, mayor of the Liverpool city region, part of which has been granted freeport status, likened trying to get such details out of the government to “banging your head against a brick wall”. Cynics say his lack of progress might have something to do with the fact that Liverpool is still almost entirely represented by Labour MPs, whereas five out of seven MPs in and around Teesside are Conservative.

Judging by the amount of funding heading his way, Houchen’s talks with the government are going much better. The Teesside freeport has received £243 million to remediate the steelworks and prepare the land for private investment.

Darlington, Hartlepool and Redcar have been awarded £72 million in total from the government’s Towns Fund. The Teesside carbon capture and storage project was one of nine chosen to share £171 million. Houchen is also seeking funds from the UK Infrastructure Bank for a £90 million quay on the river Tees.

“It seems that when [funding] announcements happen, Teesside is always there or thereabouts,” said Rotheram. “If the levelling-up agenda is genuine they have to give areas like ours a fair crack.”