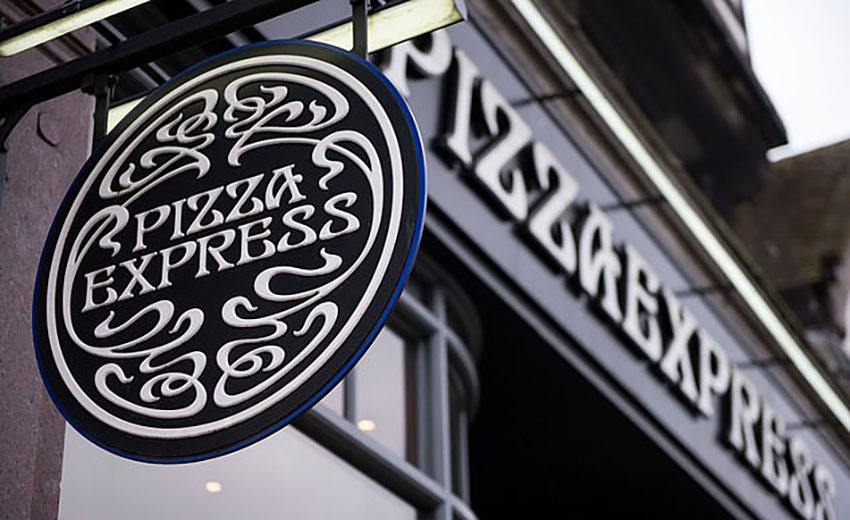 Pizza Express is considering the permanent closure of some of its restaurants as it battles to secure its long-term future.

The debt-laden chain is understood to be looking at a company voluntary arrangement, under which loss-making stores would close once the coronavirus pandemic has passed.

Pizza Express, which was founded in Soho, central London, in 1965 by the late Peter Boizot, has 482 restaurants in Britain and Ireland, plus almost 150 outlets overseas. In 2014, it was acquired by Hony, a private equity firm that is based in Beijing, in an £873 million deal.

Of its restaurants in the UK, 460 were profitable before Covid-19 struck. All its restaurants have been shut since the end of March and it has furloughed the vast majority of its 20,000 staff.

The company said that it was undertaking a “comprehensive review” of its operations, although no final decisions had been made yet. The potential CVA was first reported by The Mail on Sunday.
A company spokesman said: “Our priorities during the pandemic remain clear: to look after our teams, protect the business for the long term and re-open when the time is right.”

The latest available accounts for Pizza Express show that in 2018 it made a pre-tax loss of £55 million. The group has become saddled with £1.1 billion of debt, made up of £450 million of loans from Hony and £665 million of external debt in the form of bonds. About £450 million of those bonds are due to be repaid next August, with the remainder due a year later. Before the present crisis, advisers from Houlihan Lokey, the investment bank, were brought in to help with a restructuring of the group’s finances.

There have been suggestions that Hony may inject new equity into the business, hand the keys of the company (or solely the British business) to bondholders by converting their debt into equity, or put the chain up for sale. The Sunday Telegraph reported that Pizza Express had written to its bondholders asking for permission to delay the publication of its accounts for last year.

Company insiders said that the Financial Conduct Authority had urged businesses to hold fire on releasing their reports amid the uncertainty and that Pizza Express, under the terms of its debts, was required to ask bondholders to approve any delay.