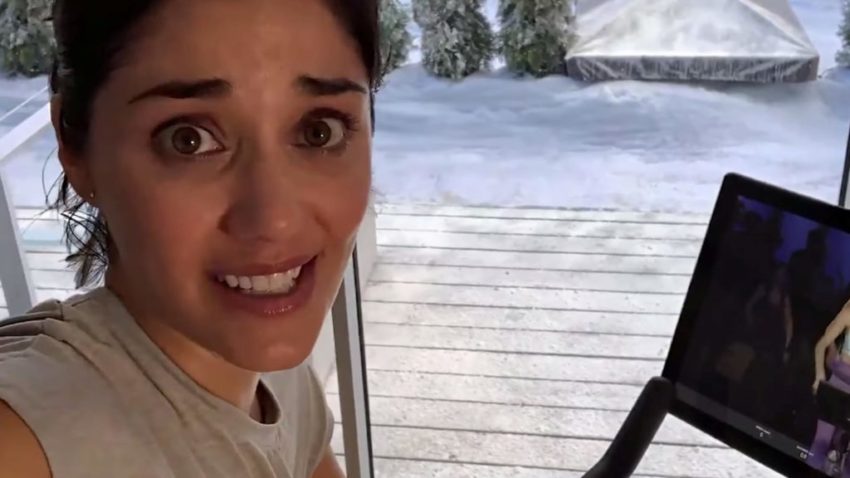 Investors knocked a further $400 million off the value of Peloton yesterday amid a social media backlash over an apparently sexist advertisement.

By lunchtime in New York, Peloton had lost nearly $1.5 billion off its market capitalisation since the row began on Tuesday.

Peloton, founded in 2012 and based in New York, makes exercise bikes that cost from $2,245 in the United States and £1,990 in Britain. They feature high-resolution, internet-connected touchscreens that connect riders with others around the world, allowing them to participate in live classes. Peloton also sells a treadmill in the US that starts at $4,295.

A Christmas advertisement from the company entitled The Gift That Gives Back shows a woman recording a video blog about her experience with a Peloton bike that she had received as a gift from her husband. The advert was criticised online as sexist and dystopian, with some saying that the husband was “manipulative” and “controlling”.

Much of the backlash appears to have been confined to Twitter and other social media. The UK Advertising Standards Authority said yesterday that it had received only three complaints about the advert. It said that two complainants believed that the advert “promotes sexist stereotypes and an unhealthy view of women” and the other complainant was concerned that the advert “has been speeded up as the woman is shown cycling faster than is possible”.

Peloton said that it was “disappointed” that the advert had been misinterpreted. “We constantly hear from our members how their lives have been meaningfully and positively impacted after purchasing or being gifted a Peloton bike,” it said.

Users pay $39 or £39 a month to use internet-connected services on the bike. On Wednesday Peloton cut the monthly cost of its app-based workouts, which do not require one of its bikes, from $19.99 to $12.49.