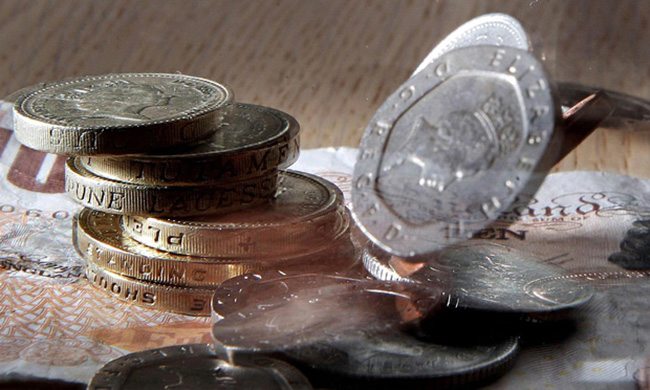 The ONS said that wage increases were mostly boosted by bonuses during 2014, with salaries excluding bonus payments rising 1.6 per cent in the year to December.

The annual rate of inflation was measured at 0.5 per cent in that month but slipped down further to 0.3 per cent in January.

Wider figures released by the ONS showed the UK jobless rate hit a new six-year low of 5.7 per cent in the three months to December, down from the 5.8 per cent recorded in the previous month.

Unemployment continued to fall, with the jobless total dipping by 97,000 in the quarter to 1.86 million – almost half a million down on a year ago.

Jeremy Cook, chief economist at the international payments company, World First, said: “Wages are growing at their best level in 3½ years and inflation is at the lowest level on record; consumers are in a very good position and so are the prospects for the UK economy.

“Real wage increases come from optimistic employers happy with business conditions, they allow consumers to re-balance spending figures having taken on credit in leaner times and promote growth in generalised output with a central bank more comfortable to normalise monetary policy. Indeed, the Bank of England told us in their latest minutes that they expect to see CPI rising ‘fairly sharply’ after the fall in oil drops out of the basket.

“All in all this is a corking jobs report; higher wages, lower unemployment mixed with lower inflation released yesterday is nothing but good news.”

Commenting on the figures David Kern, Chief Economist at the British Chambers of Commerce said:

“The latest figures highlight the flexibility and resilience of the UK labour market. The growth in employment and fall in unemployment are stronger than a month ago and point to improved momentum in the economy after a weaker patch last year. It would not therefore be surprising if the ONS updates its preliminary 0.5 per cent GDP figure for the fourth quarter of last year.

Geraint Johnes, director at Lancaster University’s Work Foundation echoed the comments from the CBI saying: “Some of the most eagerly awaited data in this release concern pay – and the data do not disappoint, at least in terms of how interesting they are. Average weekly earnings over the year to December rose by some 2.4%. With price inflation hitting an all-time low, this would appear to represent a welcome and much delayed boost to people’s purchasing power.

“While unemployment overall fell by a total of 97000 over the quarter, young people appear not to have benefitted from this at all. Indeed, unemployment amongst under-25s rose slightly over the period. There remains an acute need to target support at this group of workers. As we have reported recently, the young are also particularly prone to underemployment.