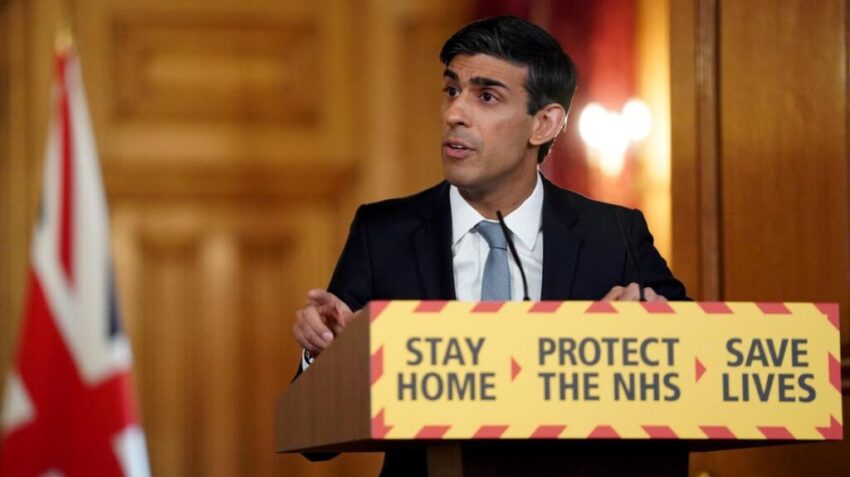 More than a million people have fallen through the cracks in the government’s economic rescue package and require urgent support to see them through the pandemic, MPs have warned.

Rishi Sunak is facing calls to “completely fulfil” his promise to do “whatever it takes” to support the economy after MPs concluded that many newly employed staff, self-employed workers, company directors and freelancers have been “locked out” of assistance schemes.

The Treasury select committee estimated that many hundreds of thousands of people have already endured several months of financial hardship “through no fault of their own”.

“If it is to be fair and completely fulfil its promise of doing whatever it takes, the government should urgently enact our recommendations to help those who have fallen through the gaps,” Mel Stride, its chairman, said.

About 8.9 million jobs have been furloughed, with 1.1 million employers lodging claims worth some £19.6 billion under the government’s job retention scheme. Currently this involves the taxpayer providing 80 per cent of furloughed workers’ wages, up to £2,500 per month, but this support will be gradually lowered from August 1.

The income support initiative, which allows self-employed workers to apply for a taxable grant covering 80 per cent of three months’ average trading profits up to £7,500, has so far attracted 2.6 million claims worth £7.5 billion.

However, the Treasury committee identified a number of gaps where people who lost their livelihoods have been unable to access support. It highlighted those recently employed in a job, self-employed workers who started their business in the past year or generate annual trading profits of more than £50,000, and freelancers or staff on short-term contracts in industries such as television and theatre. MPs called on the Treasury to extend the cut-off date for the job retention scheme to March 31, conduct an “urgent review” to figure out how to support newly self-employed workers and remove the “arbitrary” £50,000 cap on profits for the self-employed.

They also said officials “must find a way” to support directors of limited companies who rely on dividends for their income and urged the government to provide freelancers and those on short-term contracts with assistance similar to the furlough scheme.

Mr Stride said that the chancellor had acted “at impressive scale and pace” overall. “However, the committee has identified well over a million people who, through no fault of their own, have lost livelihoods while being locked down and locked out of the main support programmes.”

A Treasury spokeswoman said: “The swift and targeted action we’ve taken has protected millions of jobs and livelihoods and our interventions have been rightly welcomed by the select committee . . . All our support is targeted to make sure we use public funds responsibly, helping those who need it most as quickly as possible, while minimising fraud risk.”

Tax breaks urged for start-up investors
Investors should be given tax breaks to encourage them to invest in start-ups alongside the government through its new Future Fund, the Treasury has been urged (Katherine Griffiths writes).

Without such breaks, early-stage businesses and others that do not qualify for other support could fall through the cracks, a group of businesses have warned in a letter to the chancellor.

The benefit could encourage investors to back businesses that they might otherwise view as too risky. They also believe the scheme should be drawn up so that struggling hospitality and leisure companies would qualify, as in many cases they have been excluded from the business interruption loan scheme.

A Treasury spokeswoman said: “We are continue to engage with stakeholders on our various new support schemes to ensure they are as effective as possible.”