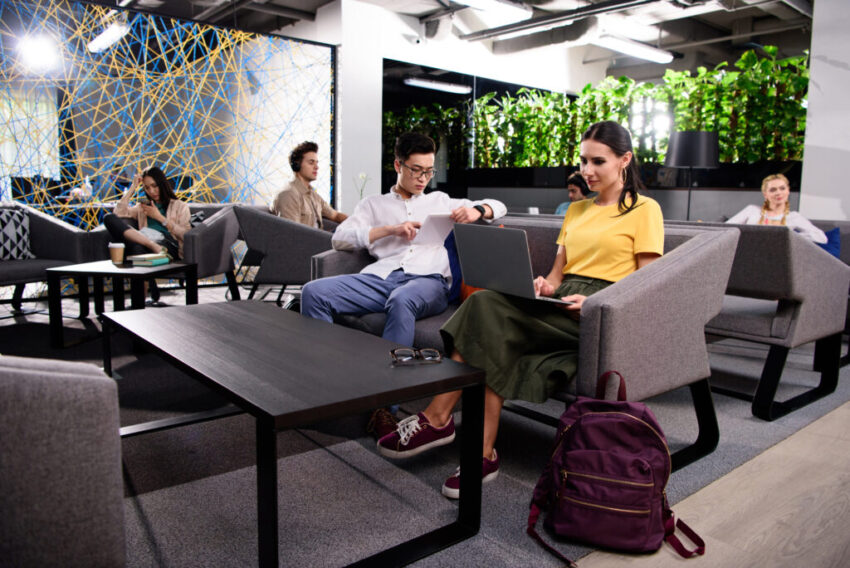 The world’s largest serviced office operator has said the Covid-19 pandemic has led to the creation of a wave of new start-up businesses and has spurred demand for suburban working.

IWG, the company behind the Regus brand, said that revenue across its centres in Britain had risen by 12.2 per cent to £198.3 million in the first half of the year as sales increased in satellite towns and cities outside London.

The number of small companies or start-ups inquiring to take space at its British centres in the three months to the end of June rose by 30 per cent year-on-year.

IWG has 306 office centres in the UK and 3,300 around the world in more than a thousand towns and cities. It claims that more than 2.5 million people use its facilities to work. The company, which was launched as Regus by Mark Dixon in 1989, is worth £2.25 billion.

Mr Dixon, who is still chief executive of IWG, said yesterday: “We are going to see a huge number of start-ups in the UK and they will adopt a flexible way of working. We can see the number of new companies created is going up already as people are made redundant and are being forced to take a chance they wouldn’t have [otherwise] taken.”

Mr Dixon, 60, said that demand for space in IWG centres also was being driven by big companies that wanted out-of-town locations closer to where employees lived rather than getting thousands of people to travel to city centres.

“The move to towns is pretty much global,” he said. “We believe it’s the commuting that’s bothering people as opposed to the office itself. Plus people quite like working close to home. It’s a trend that was happening pre-Covid that’s really taken off. They’ve realised they’ve been wasting an hour or two committing to an office at a high cost that they don’t need to be in.”

Mr Dixon ruled out the end of the city centre office, however. “[Businesses] do need somewhere that delivers corporate identity, that allows people to congregate. One bank said that it needed to allow people to have ‘hoorah’ days, where they get people together to say ‘well done’.”

Across IWG’s global portfolio, revenue rose by 10.2 per cent to £1.3 billion in the first half of 2020. However, revenue growth slowed significantly during the second quarter as occupants were forced to work from home during lockdowns and as scores of customers deferred rent payments.

The company swung to a pre-tax loss of £176 million, compared with a £35.5 million profit a year earlier. It said that it had taken a £156 million provision for the costs relating to Covid-19, including £127 million for the closures of under-performing centres or locations where landlords were unwilling to renegotiate rents.

Mr Dixon said that the company would close only a small number of centres in Britain because landlords had been more supportive. It had asked some landlords for a three-month rent freeze at the start of the lockdown in exchange for a three-month lease extension at the existing rent.

Shares in IWG fell 3p, or 1.3 per cent, to 222½p yesterday. Andrew Brooke, an analyst at RBC Capital Markets, said the results were weaker than expected.